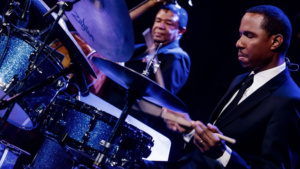 In the past, the 43rd edition of the Telluride Jazz Festival that takes place Thursday through Sunday would dominate this week’s column. After all, that festival was truly a notable event. In more recent years, however, it’s harder to make that case. This doesn’t mean the festival is void of jazz. Certainly there are groups up in Telluride, such as Trombone Shorty and Orleans, the Berklee College of Music-bred band Lettuce (with co-founder Adam Deitch of Denver on drums), bassist Victor Wooten, singer Veronica Swift, pianist Matthew Whitaker and a number of other bands are connected to the word jazz (as well as funk), yet the festival, despite its incredible location, pales in terms of the talent on the Telluride stages and other locations of the past.

To illustrate the point, the band I would most like to hear this week is the Willie Jones III Quintet that plays Dazzle 1512 Curtis, on Friday at 6:30 and 9 p.m. (303-839-5100). That quintet has a frontline of trumpeter Eddies Henderson and saxophonist Ralph Moore supported by a rhythm section of bassist Gerald Cannon, pianist Tadataka Unno and, of course, drummer Jones III (who has worked with folks such as Sonny Rollins and singer Kurt Elling. You don’t need added labels to describe what this band plays.

If you are home this week, you can also get several doses of jazz-plus sounds from Dazzle on Thursday and from KUVO on Saturday with the station’s annual celebration at the Balistreri Vineyards, 1946 E. 66th Ave., that kicks off at 6:30 p.m. (5:30 p.m. for VIP/sponsors). The artist on stage this year is New Orleans trumpeter Kermit Ruffins and his Barbecue Swingers. Ruffins was a co-founder of the Rebirth Brass Band and was a member of that group from 1983 to 1992. After Rebirth, the hi-stepping Ruffins, who played himself on the HBO series Treme, put forth the Barbecue Swingers – an addition to the list of New Orleans groups that also knows how to party (303-479-6146). 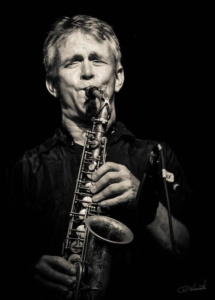 Back at Dazzle, vocalist Lindsay Day and Maliq Wynn-Johnson are on stage starting at 6 p.m., while the Air Force Academy’s mighty big band, the Falconaires, fills that stage on Wednesday at 7 p.m. in a free concert. That’s a great way to catch the music and the people who play it.