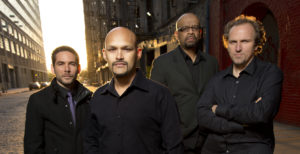 Just about a decade ago, the MacArthur Foundation named alto saxophonist Miguel Zenon a MacArthur Fellow noting, “This young musician and composer is at once reestablishing the artistic, cultural, and social tradition of jazz while creating an entirely new jazz language for the 21st century.” Since receiving the MacArthur “genius grant” in 2008, Zenon has continued to display a mighty ability to both plough the field of the jazz tradition in the most effective manner  (winning award after award for his playing) and planting new seeds in that field with his compositions. On both fronts, Zenon has grown in a most compelling fashion.

On Saturday, Zenon is in town with his quartet at Dazzle at Baur’s, for sets at 6:30 and 9 p.m. The superb band with him is the same one that you can find on his current CD Sonero: The Music of Ismael Rivera.  The group consists of Luis Perdomo on piano, Hans Glawischnig on bass and Henry Cole on drums. Ismael “Maelo” Rivera, to whom Zenon pays tribute with this disc is an Afro-Puerto-Rican singer who was known as El Sonero Mayer (the greatest singer/improviser). Like Rivera (who died in 1987), Zenon was born in Puerto Rico; and once he landed on the mainland, the saxophonist has offered a highly creative stir to the music. One of the great things about featured players bringing their own groups with them when they come to town is that it gives you a chance to more than a single terrific player. With Zenon, for example, Venezuelan-born pianist Perdomo is an extremely strong keyboardist who was also part of Ravi Coltrane’s band for an extended period. Austrian-born bassist Glawschnig moved to New York in 1992 and, after receiving a Masters degree, joined Ray Barreto’s New World Spirit ensemble. Then, a long list of noted musicians followed. Drummer Cole, originally from Puerto Rico, completes the group with his own style that he has developed with his own group and with players such as David Sanchez and Gary Burton, this visit is a special treat.

Over at the Muse Performance Space, in Lafayette, Stafford Hunter and Continuum performs on Saturday at 7 pm. (720-352-4327). Hunter is a trombonist, who also plays shells and sings. He has been in the company of people from Clark Terry, McCoy Tyner, Lester Bowie to Amy Winehouse and Steve Turre’s Sacred Shells group. He has also been a member of the Duke Ellington Orchestra for more than two decades. And, after some three decades in New York, he has relocated to Denver to teach at the University of Denver. Hunter is also on the Dazzle at Baur’s schedule for a performance at November 22.

Returning to the subject of Dazzle at Baur’s, singer Marguerite Juenemann and pianist Jim Ridl are on the bill for Friday at 7 p.m. with Paul Romaine and Mark Simon. Juenemann was part of the group Rare Silk, while Ridl (who spent time living in Denver) has worked with Pat Martino, vibist Joe Locke and the Dave Liebman Big Band. He is also a regular with his group at the 55 Bar in New York.

Dazzle this week also has psychiatrist/pianist Richard Kogan exploring the “Mind and Music of composer George Gershwin” at 7 p.m. on Thursday and the fine saxophonist John Gunther exploring engaging sounds with his Bad Hombres group on Wednesday at 7 p.m. 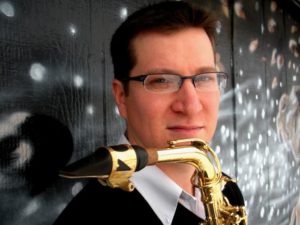 Moving to Nocturne Jazz & Supper Club, there is jazz on tap Tuesdays through Saturday. On Thursday, saxophonist Wil Swindler offers his bop-styled “Royal Roost Revival” at 6:30 and 8:30 p.m. and on Saturday, there’s trumpeter Gabriel Mervine doing “Miles and More” at 6:30 and 9 p.m.

Last and certainly not least, pianist Carmen Sandim and her Collective present new music from the Gift of Jazz program at La Cour French Bistro & Jazz Club, on Sunday at 7 p.m.