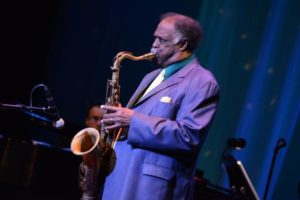 At 85, tenor saxophonist Houston Person, who is at Dazzle on Saturday and Sunday, is still going strong. In fact, Person has been visiting Denver with enough frequency to be considered an honorary Mile Higher.

Born in Florence, South Carolina, the saxophonist’s full-throated sound that brings life to both ballads and blues has been featured on scores and scores of albums, starting with the first release under his own name in 1966. Since then, he has recorded a long string of discs, first on the Prestige label, then on Muse and most recently on HighNote Records (including the 2019 I’m Just a Lucky So and So).

While in he military stationed in Germany, Person had the chance to play with fellow saxophonists Eddie Harris, Lanny Morgan and Leo Wright as well as pianist Cedar Walton. Along with the military, Person was exposed to music as a student at the Hartt School of Music at the University of Hartford. A little local connection here is that tenor saxophonist Javon Jackson, who grew up in Denver, is currently the Director of the Jackie McLean Jazz Studies Division at the Hartt School.

And at Dazzle, Person will be working with a classy, area-based rhythm section made up if Jeff Jenkins, Ken Walker and Paul Romaine.

From 1963 to 1966, Person worked with organ man Johnny Hammond and the saxophonist has had an affinity for the Hammond B-3 ever since that time, playing with Shirley Scott, Jimmy McGriff, Charles Earland and Joey DeFrancesco. But if Person has one foot in the R&B saxophone tradition, he has another in more straight-ahead sounds personified by his several duo recordings with bassist Ron Carter. Add on to that Person’s long string of discs with singer Etta James (who passed away in 2001) and you get an idea of his musical talents. At Dazzle, on Saturday and Sunday, Person and company play at 7 p.m. 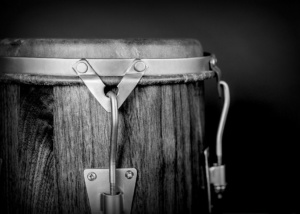 This week, Dazzle also offers up drummer Maliq Wynn’s quintet on Friday and the Flatirons Jazz Orchestra’s tribute to Count Basie on Tuesday. While over at Nocturne the January lineup as Jeff Jenkins tipping his hat to Bill Evans on Thursday, Ben Markley leading a sextet on Friday, the Moderno Afro Cuban Quintet heating up the room on Saturday, trumpeter Andre Mali doing the same on Tuesday and saxophonist Samuel Williams revisiting the music of Wayne Shorter on Wednesday.

On the vocal side, La Cour has a lineup over the week that features MaryLynn Gillaspie on Friday, Teresa Carroll on Saturday and Rekha Ohal on Sunday.