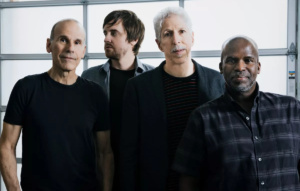 Though the coronavirus virus has added an unfortunate twist to the live-music scene, there remains a fistful of sounds scheduled for the week. The headlining act over the coming days is the Yellowjackets, a band that will be at Dazzle on Saturday and one that is familiar to anyone who follows the jazz scene.

The group first came together in 1977 when guitarist Robben Ford organized it as his band – and it has kept running ever since, releasing the CD Raising Our Voice in 2018. During all of this time, Russell Ferrante has held the piano chair in the band, while saxophonist Bob Mintzer added a top-shelf solo voice when he joined the group at the start of the 1990s. In fact, one of strongest aspects of the group has bee its ability to combine crossover appeal with solid straight-ahead playing. While this is a band that plays large festivals, its Denver appearance offers listeners a chance to hear it in a club environment. The Yellowjackets, with Will Kennedy on drums and Dane Anderson on bass along Ferrante and Mintzer, offers its attractive musical sting at Dazzle on Saturday at 6:30 and 9 p.m. 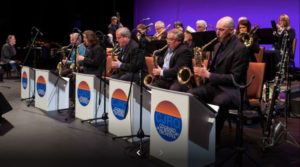 Also on Saturday, the Arvada Center creates its own version of “A Night at the Village Vanguard” with the Colorado Jazz Repertory Orchestra (CJRO). Back in 1965, the Thad Jones-Mel Lewis Jazz Orchestra began its enormously influential weekly visit to the Vanguard. That tradition has continued with the Vanguard Jazz Orchestra. The CJRO plays at 7:30 p.m.

Back at Dazzle, the trio of guitarist Fareed Haque, HAfro-Cuban sextet Hammond B-3 man Tony Monaco and drummer Paul Wertico (who anchored Pat Metheny’s band for so long) is on stage at on Sunday at 6:30 and 9 p.m. Additionally, Dazzle has drummer Calixto Oviedos and his sextet with singer Lily Hernandez on Friday at 6:30 p.m. and young trombonist Nick Finzer and his “Cast of Characters” quintet that has Lucas Pino (leader of the No Net Nonet) on saxophone along with several area-based players on Thursday at 7 p.m. Pino’s nonet, by the way, also includes Finzer on trombone and Denver-raised Colin Stranahan on drums.

Other genre-bending, young bands such as the Polarity quintet and mnop, The Quintet are at Dazzle on Wednesday and Tuesday respectively at 7 and 7:45 p.m. , while the Latin group Roka Hueka is there on Friday at 9 p.m. 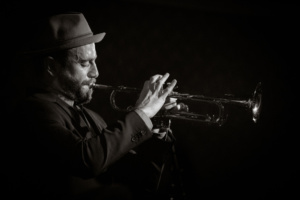 On the Nocturne schedule on Thursday, trumpeter Gabriel Mervine does the music of Lee Morgan starting at 6:30 p.m., while bassist Mark Diamond on that day continues with his “Jazz on Vine” series at the Vine Street Pub and Brewery starting at 7 p.m.

Then on Tuesday, the Kronos string quartet is at Newman Center on the University of Denver campus at 7:30 p.m. Like the Yellowjackets, Kronos has been around for some 40 years and has been stranger to the world of jazz. A world that recently lost an enormously bright light with the death of pianist McCoy Tyner.