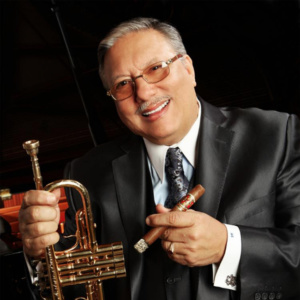 In terms of weather, you might well feel that with the start of a new month you are still, to borrow the words of Jethro Tull, “Stuck in the August Rain.” But as August unfolds, there is certainly nothing dreary about the live jazz available over the coming week. On Friday and Saturday, for example, the potent groove guitarist Charlie Hunter is at Dazzle, 1512 Curtis, with his striking trio that has Lucy Woodward on vocals and Doug Belote on drums (303-839-5100), while, up in Boulder, the Boulder Theater, 2032 14th St., on Monday presents with KBCO the extremely popular, New Orleans sound of Trombone Shorty (Troy Anderson) and Orleans Avenue at the Chautauqua Auditorium, 900 Baseline Rd., at 7:30 p.m. Then on Wednesday, at the Boulder Theater, the BT and KUVO offer up the great Cuban trumpeter Arturo Sandoval whose playing, in so many ways, reflects that of his mentor Dizzy Gillespie (303-786-7030).

On top of all this, Vail Jazz has its summer lead up to the most jazz-filled jazz festival in the state held over Labor Day Weekend with singer Veronica Swift and pianist Emmet Cohen’s trio at Vail’s club series on Wednesday at Ludwig’s Terrace in the Sonnenalp Hotel at 5:30 and 8 p.m. That’s a strong double-header rolled into one.

Guitarist Hunter has been a leading voice in groove-oriented jazz for decades and he remains a master of combining a strong groove with never boring, creative playing. Also, Hunter first added an organ to his band when he hired Erik Deutsch who had been a regular on the Denver scene.

In addition to the above musicians, Dazzle is offering the Baylor Project (with singer Jean Baylor, drummer Marcus Baylor and other players such as bassist Ben Williams) on Thursday at 6:30 and 9 p.m., singer Delphia on Tuesday at 7 p.m. and Venezuelan bassist Teppa’s Latin-infused quintet on Wednesday at 7 p.m.

Also, at the start of August, Nocturne, 1339 27th St., has a lineup that includes the Big Swing Trio (bassist Mark Diamond, pianist Andy Weyl and drummer Paul Romaine) on Thursday, singer Paul Wellman and the Annie Booth Trio on Friday, saxophonists Rich Chiaraluce ad Keith Oxman paying tribute to the Boss Tenors on Saturday, the Ben Markley Trio on Tuesday and a celebration of Chet Baker (and food) with trumpeter Tom Gershwin on Wednesday. The sounds at Nocturne kick off at 6:30 p.m. and run until 10 p.m. (303-295-3333).

And remember the KUVO annual event “Live at the Vineyards” at the Balistreri Vineyards is coming up on Saturday, August 10 with trumpeter Kermit Ruffins (a co-founder of the Rebirth Brass Band) and The Barbecue Swingers.