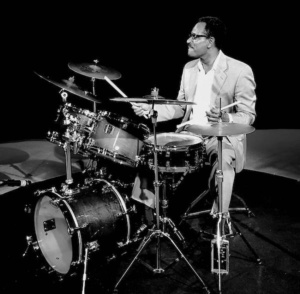 More recently, Summey has brought his sticks to Colorado. On Friday, July 30, he will be at Nocturne as part of the Greg Gisbert-Rico Jones quintet paying tribute to trumpeter Kenny Dorham. Interestingly enough, an earlier version of the tribute band at Nocturne had Denver’s Colin Stranahan on drums. In 2012, Colin placed third in the Monk Institute’s drum competition. And in a similar vein, trumpeter Gisbert also finished third in the 1990 Monk trumpet competition.

Another player who settled in town a while ago is electric bassist Derrick Hodge, who has covered the waterfront in music, but for me, Hodge still connects most tellingly through his work with trumpeter Terence Blanchard. 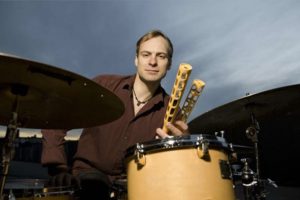 An outstanding visitor to town this week is drummer Ari Hoenig who will be driving the Ben Markley Big Band at Dazzle on Sunday, July 25 starting at 6 pm. The big band will be doing the music of the first-rate, Philadelphia-born drummer.

On Tuesday, July 27, trombonist Stafford Hunter represents the other side of the musical flow in and out of the city. After several years here in which he became a very active part of the jazz scene, Hunter is having a farewell concert at Dazzle on Tuesday starting at 6 pm.