This is one busy week in many ways. On Thursday, across the globe, Jews celebrate Yom Kippur, the Day of Atonement at the start of the Jewish calendar year 5782; and on Friday, Americans celebrate Constitution Day, marking the signing of the document that has so profoundly defined who we are as a people.

For jazz fans, there is also reason to celebrate the early days of this week that mark a strong step in the direction of a return to the idea that when it comes to music, Denver is a serious location. 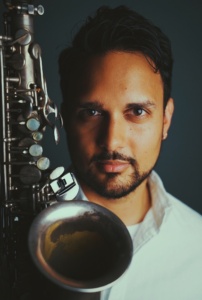 Think of this: On Friday, Constitution Day, saxophonist Aakash Mittal brings his Awaz Trio (with Rajana Swaminathan on the ancient percussion instrument called the  mridangam and Matt Fuller on guitar) to his home stomping grounds to celebrate the release of his album titled Nocturne. Mittal has taken time to live in Kolkata (Calcutta) in his pursuit of Hindustani raga/jazz and is a player whose compositions and playing can capture your attention. He will be at Dazzle on Friday starting at 7 p.m. 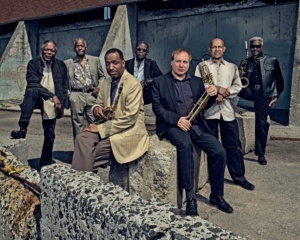 Then on Saturday, Dazzle brings The Cookers to town – and not to hang out in the kitchen. The Cookers is a septet that is not only called a super-group but is one in fact. Consider this: the band consists of saxophonists Billy Harper and Donald Harrison; trumpeters Eddie Henderson and David Weiss; pianist George Cables; bassist Cecil McBee; and drummer Billy Hart.

Back in 1996, Weiss formed the New Jazz Composers Octet, and, in 2000, he followed up with the David Weiss Sextet that introduced many folks to E.J and Marcus Strickland. Then came the group Point of Departure – followed by the Cookers. Each of the Cookers in question is a headliner by himself. Together you receive an earful of outstanding sounds. The septet plays Dazzle at 6:30 and 9 p.m. 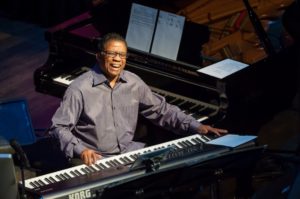 Returning to Friday, the Master, Herbie Hancock pulls into the Ellie Caulkins Opera House at the Denver Performing Arts Center for an 8 p.m. concert with his group that among others has Lionel Loueke (like singer Angelique Kidjo from the West African country of Benin) on guitar and Virginian James Genus on bass. Hancock is one of the most important jazz players to emerge in the last half of the 2oth Century and the earlier years of the 21st century, including the switch of names from the Thelonious Monk Institute, established in 1986, to the Herbie Hancock Institute in 2019. That switch recognized Hancock’s commitment to the Monk Institute since that organization’s founding and his role as Chairman. The Hancock Institute of Jazz Performance is housed at the UCLA Herb Alpert School of Music.

Then, to end on Monday, Delfeayo Marsalis (the trombone-playing member of the Marsalis clan and his band) will be at Dazzle at 6:30 and 9 p.m. Marsalis is another knockout visitor during a knockout week of music…Following a night at Dazzle, Marsalis and a quartet travel up to Estes Park for a free, daytime concert in Performance Park starting at 1 p.m.