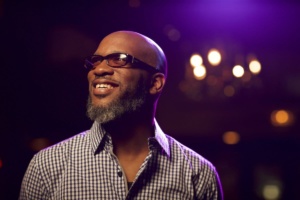 In 1971, Ornette Coleman recorded the tracks for his disc Science Fiction that was released the following year. But it was not until a decade later that one of those tracks saw the light of day as the title track on Coleman’s 1982 album Broken Shadows. That song serves as the name of the potent quartet that ends its two-night run at Dazzle, 1512 Curtis, on Thursday with sets at 6:30 and 9 p.m.

The quartet pays tribute not only to Coleman but also to his fellow Fort Worth reedmen, Dewey Redman and Julius Hemphill – and it does that in fine style. The foursome consists of alto saxophonist Tim Berne, tenor saxophonist Chris Speed, bassist Reid Anderson and drummer Dave King. Bern has been a leading figure on the avant-garde scene since he first heard Hemphill’s album Dogon A.D. first released in 1972.

Once he hit New York in the mid-1970s, Berne’s edgy yet soulful sound caused a stir; and in 1987, he landed a deal (unusual to say the least) with the much more mainstream Columbia label where he turned out four albums, starting with Fulton Street Maul before the relationship ended.  In 2012, Berne began an extended period with ECM Records, recording a series of CDs the latest of which is Sun of Goldfinger.

Berne, who studies with Hemphill, would create his own groups along with working with others, such as drummer Paul Motian. In fact, one of those Berne groups was Bloodcount that also featured Chris Speed. Speed, in turn, also recorded with others such as trumpeter Dave Douglas and drummer Dave King.

An interesting aspect of Broken Shadow is the blend of the two saxophones with a rhythm section (Anderson and King) that is made up of two-thirds of the very popular Bad Plus trio that hit the scene in 1989 and had the same personnel until 2017 when pianist Ethan Iverson departed and was replaced by Orrin Evans. (By the way, pianist Evans will be at Dazzle on October 12 with Jeff “Tain” Watts on drums and Luques Curtis on bass.)

Both Anderson and King have also displayed their chops in a variety of contexts and this should certainly be an exciting one on Thursday.

Later on Thursday, the Dazzle jam-style session with trumpeter Greg Gisbert and bassist Jean-Luc Davis explore the music of Duke Ellington and Billy Strayhorn starting at 10:30 p.m. Then, on Friday, Dazzle has its regular visit by bassist Ken Walker’s sextet at 6:30 p.m. and gets into the groove with FreeBear at 9:30 p.m.

On Saturday, Dazzle in the historic Baur’s Building has the Latin sounds of flutist/saxophonist Dorothy Pino and her Pino Project at 6:30 p.m. followed at 9 p.m. by trumpeter Joshua Trinidad’s Oceans and a City jazz-rock project. Moving to Sunday, Dazzle has drummer Paul Millikin’s Orchestral Quintet that offers jazz versions of classical work; and on Tuesday, the club on Curtis has Atlas Percussion doing classical and modern-contemporary music at 7 p.m.  The longstanding Metropolitan Jazz Orchestra helps close out the musical week on Wednesday with a visit to Dazzle at 7 p.m.

On a final note, 80-year-old drummer Ginger Baker, who spent some time in Denver and played and recorded with his Denver Jazz Quartet to Octet while here, has been hospitalized and listed as critically ill. Throughout his career, Baker has been true to the title of his autobiography Hellraiser. And we hope he can continue to do just that.