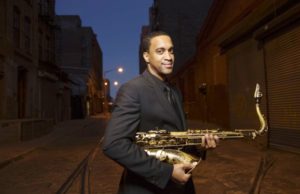 Earlier this month, I had a chance to catch Spike Lee’s 1992 film on Malcolm X on television, and to do so remained a powerful experience. But there was something else that caught my eye this time around. During a scene capturing a concert by the Lionel Hampton Orchestra in the film, the role of a member of Hamp’ sax section is played by the Denver-raised tenor saxophonist Javon Jackson. Javon is a hard-nosed player who kicked off his national career moving from the non-stage stage at El Chapultepec to Boston’s Berklee College of Music the band to led by trumpeter Freddie Hubbard, drummers Art Blakey and Elvin Jones, pianist Cedar Walton, and bassist Charlie Haden. And he can do the Blue Note sound as well as funk it up.

Javon was one of the first of a number of young players based here who ventured forth to the New York orbit and found a good deal of success, recording on major labels such as Blue Note and playing with a long list of great musicians. 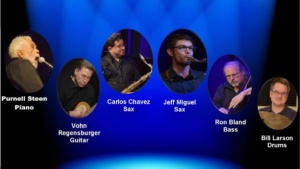 At Dazzle that now requires serious identification on the Covid front, there are a variety of acts including pianist Purnell Steen and the Five Points Ambassadors, a sextet that, in addition to Steen, has Mark Diamond, Derek Banach, Jeff Miguel, Bill Larson, and Myra Warren on vocals. The Five Pointers are there on Friday, October 7. 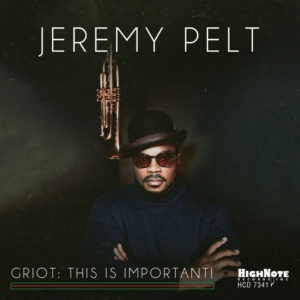 Also, coming up on October 13, trumpeter Jeremy Pelt will be traveling to town and Dazzle for the exploration of the Griot tradition and a strong quintet.