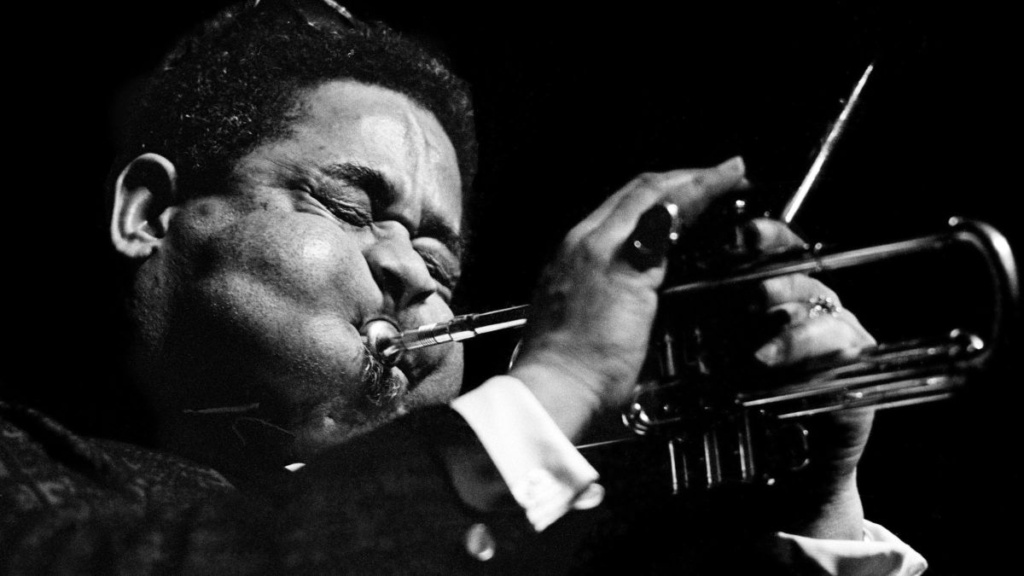 This week marks what would have been the 104th birthday of trumpeter John Birks “Dizzy” Gillespie. Born in Cheraw, South Carolina on October 21, 1917, Gillespie, together with Charlie Parker and others, created the musical category we call “Bop.” On his own, Gillespie also followed his own individual musical paths, including the trumpeter’s frequent emphasis on Afro-Cuban sounds. To celebrate his birth and commemorate his passing in 1993, there are two days of Gillespie on tap on Thursday and Friday with area-based players like trumpeter Greg Gisbert and visitors such as bassist John Lee (who joined Gillespie in 1984)and drummer Tommy Campbell.

Following Gillespie’s death, the trumpeter’s family named Lee director of the various bands named after Dizzy. That includes the Afro-Cuban Experience which remembers the trumpeter’s connection to the Cuban percussionist Chano Pozo, the All-Star Big Band, and the Alumni All-Stars. For his 104th birthday celebration in Denver at Dazzle, Lee, and Campbell, along the mighty, big-band, and combo voice of trumpeter Greg Gisbert, provide the core of the Gillespie heritage on display at Dazzle starting at 6:30 p.m. on October 21 and 22. The Thursday band also includes Anisha Rush, Victor Mesas, Leo Corona, and Serafin Sanchez.

On the 21st, Thursday evening’s event is called the Afro-Latin (expanding on the Afro-Cuban Experience) with the core of Lee, Campbell, and Gisbert (who currently sparkles as part of the great Maria Schneider Orchestra). Then, on Friday, the 22nd, it’s the Big Band Artistry of Gillespie, with an 18-piece orchestra that, again, includes the core trio and players such trumpeter Brad Goode, saxophonist John Gunther and pianist Eric Gunnison.

Later on Friday, at 9:30 p.m., the focus at Dazzle shifts to a Gillespie, big-band jam organized by Gisbert that wraps up the Dizzy birthday tribute. If you wonder about Gillespie’s song-writing side, think of these: “Con Alma,” “Groovin’ High,” “Manteca,” “A Night in Tunisia,” “Salt Peanuts,” “Things to Come,” “Tin, Tin Deo,” “Two Bass Hit” and “Woody’n You.” Like Parker and Monk and Kenny Clarke, Gillespie shaped a dramatic change in the music that, despite the passage of decades, continues to shape the music we hear today.