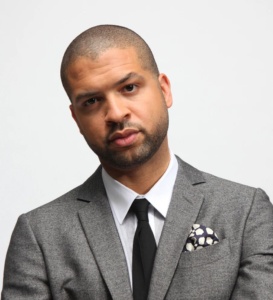 In 2010, pianist/composer Jason Moran received wide-spread recognition when he was selected as a MacArthur Fellow “genius” grant recipient. Beginning this past month, folks in the Denver have been able to see Moran’s talents not only at the keyboard but before an easel as well during his solo exhibit at the Denver’s Museum of Contemporary Art titled “Bathing the Room with Blues.” That exhibit in the David Adjaye designed museum runs through January 20, 2022.

Additionally, there is a series of musical events accompanying the exhibit that began with a performance by Moran, cornetist Ron Miles, and bluesman Otis Taylor. Both Miles and Taylor, who live right here, romped through the blues with Moran in a series called “Staged: Three Deuces, 2015.” The Three Deuces, of course, comes from the name of the famed New York jazz club. Miles has appeared on several of Taylor’s discs and Moran is part of Miles’ current Blue Note release “Rainbow Sign”. The next “Staged” activation event is on November 13, 2021, at 2 and 4 p.m. with the MSU Denver Jazz Combo. That combo consists of Gavin Esscholz, Jessica Diaz, Tucker Smith, Tyler Treadway, William Knepper, and Elijah Grace. Check out the Museum of Contemporary Art Denver for added details.

Also, take a look at the bluesy Moran/Miles/Taylor outing on YouTube.

This exposure to all sides of Moran is a special opportunity. Try not to miss it.

Sticking with the general art theme for a moment or two, in addition to Moran’s link to the stuff you hang on walls, Terence Blanchard has also made it into the non-jazz news with his opera “Fire Shut Up in My Bones.” The trumpeter out of New Orleans had the premiere of his second opera not too long ago. This one was at the Metropolitan Opera in New York City and it was the first time that a famed opera company offered work from an African-American composer in its history.  – and “Fire” has ignited a wildfire of interest and praise. Over the years, since he replaced Wynton Marsalis in Art Blakey’s Jazz Messengers, Blanchard’s burnished tone has turned him into one the most engaging horn men and composers on the scene. “Fire” is another feather, and a gigantic at that, in his cap.