Singer Cecile McLorin Salvant, who will be at Dazzle on Thursday, hit the jazz radar in 2010 when she captured the top spot at the Thelonious Monk International Jazz Vocal Competition held that year. Before long, she released her inaugural CD, WomanChild on Mack Avenue, and what followed has been truly amazing.

In the 2014 DownBeat “Critics Poll,” Salvant, raised in Miami, walked away with wins in four categories: Jazz Album of the year (for WomanChild); Rising Star Female Vocalist; Female Vocalist (without any rising star label); and Rising Star Jazz Artist. And this was no fluke. In every “Critics Poll” since 2014, Salvant has continued to top the Female Vocalist category; and in 2018, she added another win in the top-album listing for Dreams and Daggers on Mack Avenue. Most recently, she gained recognition as both the Female Vocalist of the Year and the Jazz Artist of the Year in the Downbeat survey of critics. The way she consistently hits home runs, you might think of he as the music’s modern day Babe Ruth.

In any case, Salvant is on stage on Thursday for her second night at Dazzle at 6:30 and 9 p.m. (with ticket discounts for the 9 p.m. show available with the GOJ – Gift of Jazz – code, 303-839-5100). Her trio has long-time, musical companion Aaron Diehl on piano, Paul Sikivie on bass and Kyle Poole on drums. Diehl has been the runner-up in the Rising Star Piano category in recent years. And, like Salvant, the pianist gained some wider recognition starting in 2011 when he won a competition. In his case, it was the American Pianists Association’s Cole Porter Fellowship.

The pianist who topped Diehl as the Rising Star Piano category in the 2018 DownBeat poll is Orrin Evans and he too will be at Dazzle this week. Evans has a strong trio in tow with the superb Jeff “Tain” Watts on drums and Luques Curtis (brother of pianist Zaccia Curtis) on bass. (Bassist Curtis, by the way, also topped the Rising Star Bass list in the 2016 DownBat poll.)

Evans and company are on stage at Dazzle on Saturday at 6:30 and 9 p.m. Since 2018, many people know Evans from his work with The Bad Plus, replacing Ethan Iverson. He has played with the Bad boys extremely well, which is not at all surprising. Also remember that back in 2013, the Orrin Evans’ Captain Black Big Band captured the number one spot in the Rising Star Big Band category in the DownBeat poll. 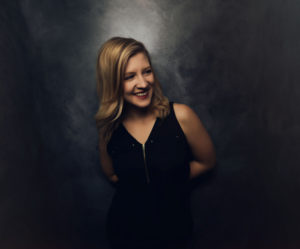