This week, Dazzle at Baur’s celebrates its 25th anniversary in exactly the right way, despite the obvious problems produced by our ongoing pandemic. By that I mean, the club is focusing on the great sounds for which it has become nationally noted. On Thursday, the spot dazzles with the second night of young, Denver-based saxophonist Rico Jones and his superb group of New York City imports. That group consists of pianist Dave Kikoski, bassist Dezron Douglas, drummer Dan Weiss, and guitarist Max Light.

The list of players with whom bassist Douglas has worked and recorded, as I have previously mentioned, is impressive, including a longstanding date with Ravi Coltrane and time with pianist Cyrus Chestnut and drummer Louis Hayes. In 2019, the bassist took the top spot in DownBeat magazine’s “Critics Poll” in the rising bass star category. Pianist Kikoski has had his own connections to saxophonists Ravi Coltrane, Chris Potter and Michael Brecker, guitarists John Scofield, Pat Martino, and Mike Stern, pianist Chick Corea, drummers Jack DeJohnette and Roy Haynes, as well as the Mingus Big Band. 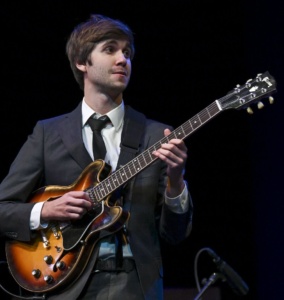 Drummer Weiss, too, has worked with Chris Potter in addition to other sax men such as Lee Konitz, John Zorn, and Boulder-bred Rudresh Mahanthappa, while guitarist Max Light is a newer player on the Big Apple scene. In the 2019 Herbie Hancock (formerly the Thelonious Monk) International Jazz Guitar Competition, Light finished second and his playing has quickly caught on. He has worked and/or recorded with drummers Weiss and Denver’s Colin Stranahan, saxophonists Donny McCaslin, John Ellis, Noah Preminger, and Bobby Watson. (In case you are interested, the first-place spot in the competition went to Evgeny Pobozhiy from Russia and Stranahan

This impressive band, led by an impressive young player, is on stage for its second night at Dazzle on Thursday at 6:30 p.m. By the way, keep in mind that on Saturday, drummer Stranahan is playing at Denver’s Museum of Contemporary Art on Saturday at 2 and 4 p.m. That music is part of the

“Three Deuces Performance Activation” series linked to the Museum of Contemporary Art exhibit by pianist Jason Moran titled “Bathing the Room with Blues” that runs until January 30. Guitarist Light will join Stranahan (who has also done things with Kikoski) and a Denver-based trio with Eric Gunnison on piano.

The series tied in with Moran’s art exhibit continues on January 14 and 15 at the MCA Holiday Theater with tickets available through the Museum of Contemporary Art. On the 14th, pianist and 2010 MacArthur Fellow Moran will be at the theater at 7 p.m. with Bandwagon (bassist Tarus Mateen and drummer Nasheet Waits, son of drummer Freddie Waits) and on the 15th Moran is scheduled to give an artist talk at the theater at 6 p.m.

Moving back to this week, singer Roberta Gambarini takes the stage on Friday and Saturday at Dazzle after Jones and company complete their run. Gambarini is among the most engaging of female vocalists on the scene, who, just after her arrival in the U.S. from Italy, entered the then 1998 Thelonious Monk Vocal Competition and emerged in third place. That showing helped her connect to some noted players, including James Moody who served as a mentor. Before too long, Gambarini had Grammy-nominated discs and was on tour with the Dizzy Gillespie All-Star Big Band (a group with which pianist Eric Gunnison would also work). At Dazzle Gambarini is on stage with the Denver-based group Convergence that has Gunnison on piano. She sings at 6:30 p.m. on both nights. (I should note here that another legacy Dizzy Gillespie group, his smaller All-Star band, had Greg Gisbert, another Denver player, and Monk competition finalist, on trumpet.) In addition to Gunnison, Gisbert, too, is also a member of Convergence. 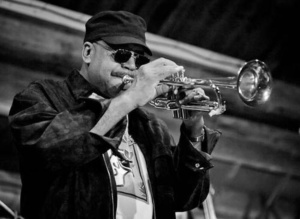 Following Gambarini’s performance on Friday, Convergence returns to the stage for a 9:30 set supplemented by saxophonist Rico Jones and guitarist Max Light. And on Sunday, Nocturne has a noted, area-based player, trumpeter Hugh Ragin, on stage with his Messengers of Peace Band at 6:30 and 8:45 p.m. That group includes Vince Wiggins on flute. Also, there’s a musical landing at Brother Jeff’s Cultural Center in Five Points on Friday from 6 until 9 p.m. with a quartet that has Wiggins on flute, Tom Tilton on drums, Stu MacAskie on keyboards, and Ken Walker on bass.

The year just ended witnessed a number of deaths of jazz players. One of the most notable of those events was the passing of Chick Corea. As someone who grew up in Chelsea, Massachusetts, as did Corea, I’ve been listening to the keyboardist for decades upon decades and still like to think of him as “A Chick from Chelsea” to borrow the album title from Boston Saxophonist Jimmy Mosher. The event sponsored by The Gift of Jazz takes place at the Colorado Auto Dealers’ Association on Speer Blvd. in Denver from 3 until 6 p.m. on Sunday with a trio that has Vlad Girshevich on piano.