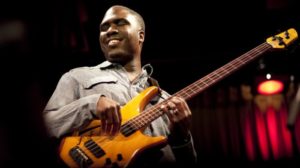 Among the jazz-folk who have resettled here, one of the more prominent is bassist Derrick Hodge. I first seriously listened to Hodge when he worked with trumpeter Terence Blanchard’s band. Now, the bassist has three discs as the leader on Blue Note, including the 2020 recording the Color of Noize. Hodge’s blended recordings reflect his time with keyboardist Robert Glasper and Common than pianist Mulgrew Miller and even Blanchard. But it’s all part of one solid bass package.

On the topic of Glasper, the man behind “Black Radio” did a mini-tour in Colorado just a couple of months ago that covered Denver, Boulder, and Aspen. And on the topic of Blue Note Records, keep in mind that Denver’s Ron Miles’ current CD, Rainbow Sign, is also on Blue Note. Not a bad sign on the state of our jazz scene.

But it doesn’t mean that the Houston product Glasper will be in town during the current musical week. Though, in some ways, a piece of Glasper’s spirit has had a home in pianist Jason Moran’s exhibit at the Contemporary Art Museum tiled Bathing the Room with Blues for several months. That exhibit is coming to end on January 30 and you should definitely try to catch it if you can. 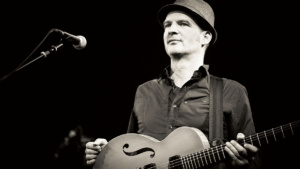 Also, this week does have an added number of players on tap. Things kick off on Saturday and Sunday with German-born, New York-resident guitarist Wolfgang Muthspiel is a monster trio that has Brian Blade on drums and Scott Colley on bass. This rhythm duo is the heart of the Joshua Redman-inspired group Still Dreaming. That band revisits the spirit of the group Old and New Dreams in which Joshua’s father, Dewey Redman, played saxophone and in which Ron Miles plays cornet, filling the shoes of Don Cherry who was in the original quartet. Muthspiel, whose current CD is Angular Blues on ECM (with Larry Grenadier on bass), is at Dazzle with sets on Saturday at 6 and 8:30 p.m. and on Sunday at 6 p.m. 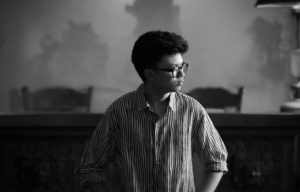 Next up is pianist Joey Alexander (Josiah Alexander Sila and his trio. Alexander, born in Indonesia in 2003, has been labeled a child prodigy at the jazz piano at the age of 10– and rightfully so. When I heard him for the first time in an earlier visit to Dazzle, I was impressed by the maturity he exhibited in his interplay with the other members of his trio at such a very, very young age. He is a little older now (18)—and even more mature for this visit to the Newman Center’s jazz series on Wednesday (Feb. 2) at 7:30 p.m. with Kris Funn on bass and John Davis on drums. Alexander’s fifth album and first on Verve is WARNA released in 2020. 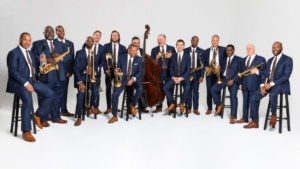 It was Wynton Marsalis who invited Alexander to perform at the Jazz at Lincoln Center gala in 2014 before the pianist’s 14th birthday. Thus it’s an unplanned but appropriate item that Marsalis and the Lincoln Center Jazz Orchestra are the next jazz act up at the Newman Center on the DU Campus. That’s on  February 19 (7:30 p.m.) and 20 (2 p.m.). And on February 3, it is Hammond B-3 Pat Bianchi who returns to Denver on February 3 and 4. Since moving to the east coast, Bianchi has clearly established a national reputation at the Hammond B-3 and that will be displayed with his trio celebrating his recent release celebrating the music of Ray Charles, Something to Say. 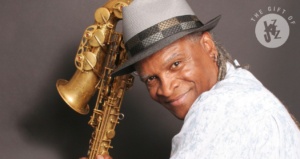 Then on February 6, the master alto saxophonist Bobby Watson will be at Dazzle with a strong, area-based group in an event sponsored by the Gift of Jazz and one that celebrates the life of Shyrel Smith Hosseini, a great person, and fan of the music. We will have more details on these items in next week’s columns.

On a final note returning to this week, singer Tatiana “Lady May” Mayfield travels to town to sing with the Colorado Jazz Repertory Orchestra’s Sextet doing love songs from the great vocalists. That is at Dazzle on Wednesday at 6:30 p.m. and at the Schoolhouse in Parker on February 4, at 7:30 p.m. And in between all of this, Nocturne continues with a host of area-based talent.