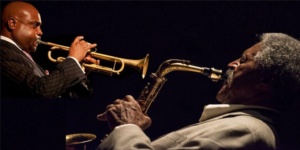 March is off to a shaky start with the world witnessing a blatant effort to reshape Europe and the political order that the continent represents. The whole world is indeed watching. Meanwhile, life goes on, and tonight alto saxophonist Charles McPherson and trumpeter Terell Stafford wrap up their two-night visit to Dazzle starting at 6:30 p.m.

In addition to the discs released under his own name, McPherson is widely known for his strong two jazz giants – Charlie Parker and Charles Mingus. After the saxophonist left Detroit for New York in 1959, it didn’t take long for him to join Mingus’ band and stay there for an extended period.  And decades later in 1988, the saxophonist’s Bird side was made clear when he played on the soundtrack to Clint Eastwood’s film on Charlie Parker, filling in for Parker’s sound.

Among other items, Stafford has provided the trumpet sound to the Clayton Brothers Quintet and that reminds us that the 28th annual Vail Jazz Festival will unfold before we know it starting on June 30 and running through Labor Day and the mighty, holiday weekend Jazz Party. Before the party, Vail has various sounds, including Thursday night affairs with folks such as singers Dee Dee Bridgewater and Jon Cleary, vibist Warren Wolf and trumpeter Bria Skonberg out of Canada. 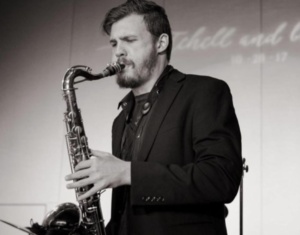 Also, on tonight and through March, saxophonist David Bernot brings a quintet to Nocturne at 6:30 p.m. to celebrate his “Never-Ending Cycle” disc release with Greg Gisbert on trumpet. On Friday, March 4, the band B-RAMP, a quintet with Jeff Benedict on saxophone and vibraphonist Ted Piltzecker out of New York is at Dazzle at 6:30 p.m. Then on Sunday, March 6, at 1 p.m. at Dazzle, Organ Nation led by baritone saxophonist Alex Harding, who took the top spot in the 2021 DownBeat “Critics Poll” for a rising star on the baritone. The group also has Vlad Gershevich on organ and Andy Dahlke on alto.

Over at the Muse Performance Space, visit Piltzecker is also on stage with trumpeter Brad Goode at 7:30 p.m. on Monday, while for First Friday, starting at 6 p.m., there’s a jam at Brother Jeff’s Cultural Center in Five Points with drummer Tom Tilton and Vince Wiggins on flute. 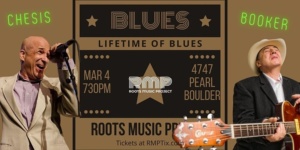