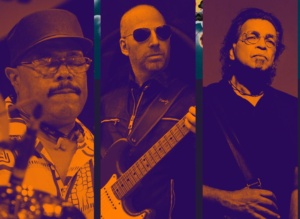 A number of years ago, NPR had a story titled “Why are so many jazz musicians from Israel these days?” Given the size and location of Israel, that’s certainly a legitimate inquiry that I frequently ask myself whenever a featured artist playing here is one with roots in the state of Israel. And that’s the case this week when Israeli-born guitarist Oz Noy hits Dazzle on Tuesday, March 15, at 6:30 and 9 p.m. with Dennis Chambers on drums and Jimmy Haslip on bass.

Noy, who has connected with a host of groove players over the years and settled in New York when he was 24, describes his music as: “It’s jazz. It just doesn’t sound like.” His latest disc is “Riverside” with Ugonna Okegwo and Ray Marchica. That 2022 CD follows “Snapdragon” and “Booga Looga Loo” both of which were released in 2019. The Booga disc has been described as Latin Boogaloo music meets Bitches Brew and that tells you why Noy is such an interesting player. And with Haslip (an original Yellowjacket) and Chambers as a rhythm section, you’ll get the beat.

Another Israeli guitarist who has settled in New York is Gilad Hekselman who, in addition to his discs as a leader, is found on Pat Bianchi’s organ album, “Back Home.” 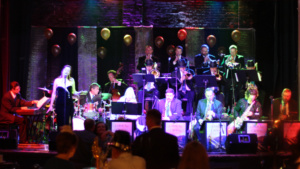 In a rather different vein, this week also finds the Flatirons Jazz Orchestra at Dazzle on Friday, March 11, at 7 p.m. combines the music and lives of two legends, Ella Fitzgerald and Duke Ellington. 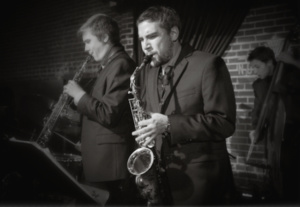