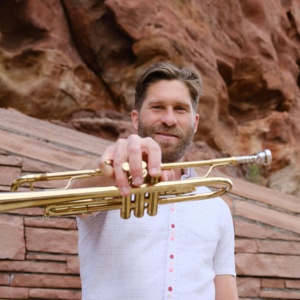 You know we’re moving toward summer when the lineup for the Sunday City Park Jazz Summer Series is floating around town. That lineup covers June 5 until August 7 with the music starting at 6 p.m.  The first event, quite appropriately, is a tribute to Ron Miles who passed away on March 8 of this year. Nationally known clarinetist Ben Goldberg, who is from here, has called Ron among the great melodic players of our time, and some time ago when I ran into trumpeter Steven Bernstein he asked how Ron was and added that everyone back in New York listening to Ron.

For the City Park summer event celebrating Ron’s life, fellow horn man Shane Endsley will guide the activities. Shane from Denver broke on to the national scene as a founding member of the Grammy- Award-nominated band Kneebody. Like Ron, Shane also teaches at Metro State University here in Denver.

The rest of the summer’s schedule in the Park has Mariachi Sol de mi Tierra featuring Fiesta Colorado Dance Company on June 12, Hazel Miller and the Collective on June 19, and Paa Kow on June 26. Then, the Colorado Jazz Repertory Orchestra on July 3, Euforquestra on July 10, the Annual Brass Band Extravaganza on July 17 (at 5 p.m.) and the No Hands Brass Band and others, Joe Smith and the Spicy Pickles (July 2), Jakarta (July 31) and the Colorado Mambo Orchestra closing things down on Aug. 7.

But you don’t have to wait until June for jazz, this weekend, Roberta Gambarini is in town for three nights at Dazzle, joining her are Houston Person on sax, Eric Gunnison on piano, Chuck Berghofer on bass, and Lewis Nash on drums. Born in Turin, Italy, the singer came to the US in 1998 and within weeks after her arrival, she entered the then Thelonious Monk Vocal Competition and came in third. Teri Thornton was first and Jane Monheit second.

Arriving in a new country and turning immediately around and performing is one thing, it’s something very different to turn around in an award-winning manner. Right now there are five sets over her three-day run.