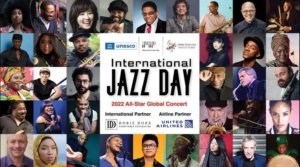 One of the strongest celebrations of jazz takes place this week on Saturday when International Jazz Day unfolds in Philly town and the rest of the world as well. Established by the United Nations (through UNESCO in 2011) Jazz Day is meant to recognize the role played by the music in that difficult search for Global Peace and Unity. In fact, this year with the ongoing Russian onslaught against Ukraine before our eyes on a daily basis, the difficulty of conveying the importance of that message is easy enough to see.

The highlight of the Day is the main concert on Saturday which is a webcast from the United Nations at 5 p.m. (EST) and repeated at different times. The lineup is truly international with players from Brazil, France, Lebanon, the Democratic Republic of the Congo, Australia, Senegal, and other spots around the globe. The concert’s Artistic Director is Herbie Hancock and the event’s Music Director is pianist John Beasley, and among the players, you will find several notable American musicians from a variety of jazz forms. It’s quite a show, 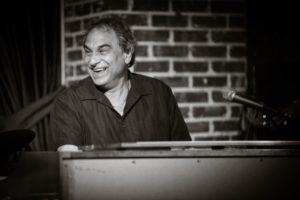 There’s a world of activity going on. On the local scene. Jazz Day offers Tony Monaco B3 Trio with guitarist Steve Kovalacheck and drummer Jim White at Nocturne. Just a few days later, Dazzle follows an offer knockout wrap-up to Jazz Day with bassist Christian McBride and Inside Straight quintet. That band has Steve Wilson on alto, Warren Wolf on vibes, Peter Martin on piano, Carl Allen and drums, and the master McBride on bass. He is at Dazzle from May 10-12. Jazz Day also gives you a reason to talk about future jazz summer events such as the Evergreen Jazz Festival, Colorado’s festival with a different, traditional jazz twist on July 29-31.