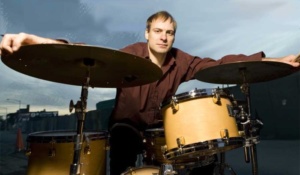 This year Manfred Eicher and ECM Records celebrate the label’s 50th anniversary and this week Dazzle, 1512 Curtis, pays indirect homage to the famed label by hosting two artists who are on ECM (Edition of Contemporary Music) — pianist Shai Maestro and trumpeter Avishi Cohen, both of whom also share roots in Israel.

Maestro is one of the up-and-coming pianists on the scene has an ECM recording out titled The Dream Thief with his trio that has fellow Israeli musician Ofri Nehemya on drums and Jorge Roeder on bass. His group at Dazzle, 1512 Curtis, on Sunday starting at 6:30 p.m. for two sets has drummer Nehemya along with Reuben Rogers on bass (303-839-5100). Early on, Maestro received a call from Israeli bassist Avishi Cohen, one of the first Israeli players to make a mark on the American jazz scene, to join his trio. Maestro did just that.

Along with this talented pianist, trumpeter Avishi Cohen (not to be confused with bassist Cohen) is also in town at Dazzle this week. Trumpeter Cohen is part of the very talented Cohen family out of Tel Aviv that includes sister Anat Cohen (who has become a major voice on the American scene) and brother Yuval Cohen, a saxophonist. Together, the family performs as the 3 Cohens.

Trumpeter Avishi’s current ECM release is Cross My Palm with Silver and at Dazzle on Wednesday he has a quartet made up of pianist Fabian Almazan, bassist Barak Mori  and drummer Ziv Ravitz. Almazan, who was born in Cuba and raised in Miami, has displayed his keyboard magic during a long stay with trumpeter Terence Blanchard and does that same thing with trumpeter Cohen. The band is on stage for two sets starting at 6:30 p.m. 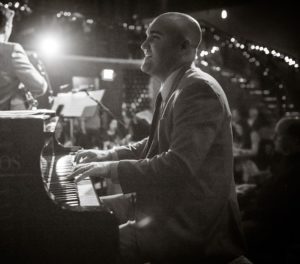 Maestro and Cohen aren’t the only visitors to town this week. Individually, drummer Ari Hoenig and saxophonist Bruce Williamson also on stage, respectively, with Ben Markley’s Big Band and with Carmen Sandim for her CD release party. Hoenig, out of Philly, can drive any kind of group from hard boppers to those that like to push the envelope. With pianist Markley’s 17-piece aggregation (that is on the stage at Dazzle on Friday starting at 6:30 p.m.) Hoenig will certainly display that drive with the big band playing his music.

That leaves us with saxophonist Bruce Williamson who will be at Dazzle on Thursday at 7:30 p.m. as part of pianist Sandim’s Play Doh release event. Sandim, originally from Brazil, has strong septet and the New York-based Williamson definitely adds to that. The saxophonist, based in New York, was part of Art Lande’s compelling Rubisa Patrol group that, not surprisingly, fits into our theme for the week by recording on ECM starting in 1976. Sandim also performs on Friday and Saturday at Boulder’s Caffe Sole, 637R S. Broadway, at 7 p.m.

Also this week, the Colorado Jazz Workshop has its 8th annual festival at Dazzle on Saturday. The event runs from 10:30 a.m. until 9:45 p.m. The first part of the event features various group from the program, while the 6 p.m. performance features the big band followed by the 8:30 p.m. performance that brings the program’s sextet to the stage. Both sets feature guest artist trumpet Bob Montgomery, a pillar of the community here also known for his association with Clark Terry.

Speaking of associations, pianist Eric Gunnison is known for the time he spent with singer Carmen McRae. And on Tuesday, Gunnison is part of the Renewal Jazz group that is at Dazzle on Tuesday celebrating a new disc called Party Time. 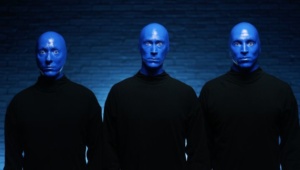 Lastly, Nate Chinen in the New York Times has said “rhythm is a contact sport for Ari Hoenig.” And rhythm as a contact sport is also a large part of the Blue Man Group’s enormous appeal. That appeal is on display at the Buell Theater in the Denver Center for the Performing Arts through Sunday. The power of rhythm blended with humor and large dollops of flashing lights and audience participation is a pretty sure bet and that is exactly what the family-oriented Speechless tour is.