During undergraduate school, I was fortunate enough to discover the generosity of jazz players when it came to mentoring members of a younger generation in the music. Since I had no talent in the playing department, I focused on writing about the music and the players who performed it. And that focus came together in college where there was a small radio station and where I became program director. That connection provided me with the opportunity to program jazz on the station and to travel about with a rather large, reel-to-reel tape recorder that I dragged around whenever I found myself in Boston, Philadelphia and other East Coast cities to interview musicians who did what I could only write about. 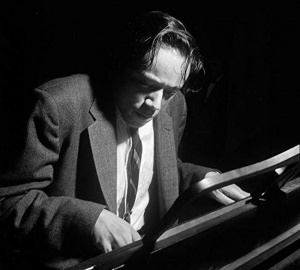 One of those chats that I still recall with great clarity was with the great pianist/composer Horace Silver. I had listened to Silver’s quintet at a Boston club and when I asked to talk with him he suggested meeting at his hotel the next day when we would have more time. I quickly agreed.

Despite his name, Silver, to me, belonged in the gold circle of musicians. He was a giant and I was a no-name teenager with only a limited base of knowledge when it came to the world of jazz. Regardless of those facts, Silver treated me with great kindness, never sending out any vibe that I was wasting his time. Instead, he offered me some of his healthy food treats and an extended period of his time.

What surprised me as much as anything was the fact that Sliver’s hotel room was a third rate affair. Here was a giant in jazz treated, you might say, in a rather dismissive manner. Like Silver’s kindness, that message too has always stayed with me.