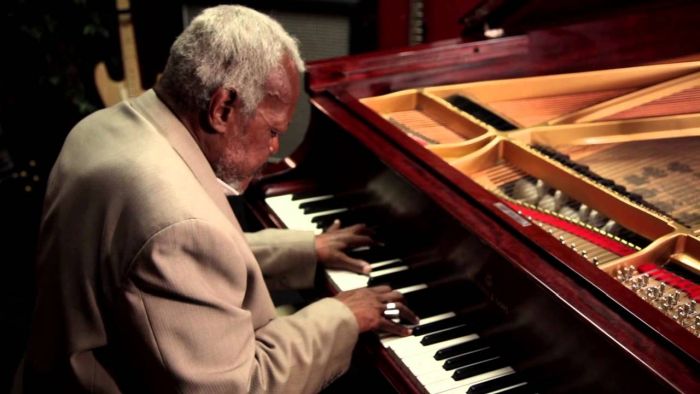 KUVO’s archive show “On Stage,” revisits its tribute to Denver-based pianist Joe Bonner, produced in 2018 for the 70th anniversary of his birth. (He was born April 20, 1948.)

“Force of nature” has become almost a clichéd reference to an intense, artistic personality, but there are few better analogies to pianist Joe Bonner. He brought a solid groove to any standard he approached, before unleashing a torrent of notes that never put one-off, but only drew the listener in. His original compositions were at times lavish, at times pristine. But he never ever bored his audience.

Because he lived in Denver, and because KUVO offered him the space and airtime to share his gift, we have several recordings of his live broadcast performances. In 1999, his quartet included Jesse Lee Montijo on alto saxophone, Dirk Dickson on bass, and Charles Ayash on drums. Tongue-in-cheek, he brought “The Bonner Party” to KUVO in October 2004 (Ayash at the kit, Mark Diamond on bass, and Prasanna Bishop on alto and baritone saxes). In a session that aired in January 2014, Bonner played mostly originals with a group he called “Joe Bonner & Current Events” (Vince Wiggins on flute, Chris Strain on tenor sax, Dave Weinand on bass, and Joe DiAmo on drums). We’ve even got a solo piano session with Bonner from 2004.

We hope you’ll tune in and celebrate these sessions on Monday, July 19, at 7 pm. “On Stage,” is a KUVO exclusive produced and hosted by Susan Gatschet.