GUITAR: The Instrument that Rocked the World, now at the Denver Museum of Nature and Science. Tickets at dmns.org. 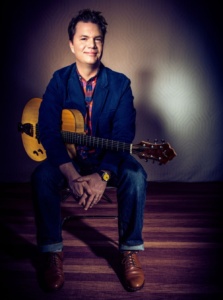 Sean McGowan is a fingerstyle jazz guitarist who combines many diverse musical influences with unconventional techniques to create a broad palette of textures within his compositions and arrangements for solo guitar. His first recording River Coffee won the Best Independent Release of the Year Award (2002) from Acoustic Guitar magazine and music from the recording has been published in Japan’s Acoustic Guitar magazine and Mel Bay’s Master Anthology of Fingerstyle Guitar, Vol. 3 (2005). His subsequent recordings Indigo (2008) and Sphere: the Music of Thelonious Monk (2011) offer compelling portraits of classic jazz standards performed on a solo electric archtop guitar. Sphere was named one of Acoustic Guitar magazine’s “Essential Albums of 2011”, and Sean was featured on the cover of Fingerstyle 360 magazine (Summer 2012). His most recent solo guitar recordings include Thanksgiving & Christmas Tidings (2014) a collection of seasonal hymns and carols arranged for acoustic guitar, and My Fair Lady (2015) a collection of songs from Lerner & Loewe’s masterpiece, and Union Station (2021) a collection of original compositions for jazz organ trio.

As a soloist, Sean has performed at several festivals including the Novi Sad International Jazz Festival in Serbia, the Healdsburg Guitar Festival in Napa Valley, Copper Mountain Guitar Town, the La Conner Guitar Festival, the Chet Atkins CAAS Convention, and the Artisan Guitar Show with Jimmy Bruno and Brent Mason. He has also collaborated with several dance and improv companies, as well as with jazz and acoustic musicians throughout the Rocky Mountain region. 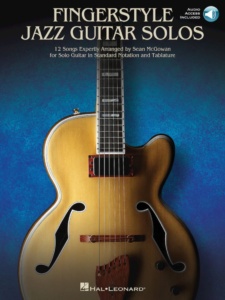 Sean is an avid arts educator and currently serves as Professor of Music and Chair of the Music & Entertainment Industry Studies Department at the University of Colorado Denver, one of the largest contemporary music programs in the country. He earned a DMA in Guitar Performance from the University of Southern California in Los Angeles and has conducted workshops at colleges and guitar organizations throughout the country. He has also presented and performed at the Jazz Education Network conference in New Orleans, the International Symposium for the Performing Arts Medicine Association in Aspen, CO, and numerous College Music Society national and regional conferences. Sean is a strong advocate for injury prevention and health education for musicians, and his workshops incorporate a holistic approach to playing. He is also a contributing editor and educational advisor for Acoustic Guitar magazine. He is the author of Fingerstyle Jazz Guitar Solos (Hal Leonard) and the String Letter book/video instruction methods The Acoustic Jazz Guitarist, Fingerstyle Jazz Guitar Essentials, and Holiday Songs for Fingerstyle Guitar. Sean has also produced a dozen courses for TrueFire, covering the topics of fingerstyle jazz, improvisation, and comping (available at TrueFire.com)

“Sean McGowan’s mastery is second to none; he is a beautiful, creative, and exquisite player in the league of the great masters of fingerstyle jazz guitar….there is no doubt you will find what you need in this superb and extensive opus.”  – Pierre Bensusan

“Sean’s impressive style is so musical. You are transported by his selection of songs, but within the compositions is a masterful guitarist using multi-faceted guitar arrangements at the same time, creating a single guitar orchestra!” – Eric Johnson

“Sean McGowan has found that sweet spot where the worlds of jazz and fingerstyle guitar intersect; one of the leading exponents and educators of jazz guitar.” – Alex de Grassi