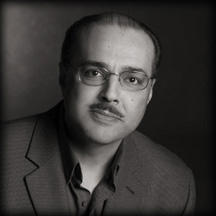 Carlos’s involvement in radio dates back more than 50 years.  While still in high school he began an internship maintaining the music library at the local radio station, his first night on the air was January 13, 1968 on the Armed Forces Caribbean Network in Puerto Rico.  By 1969 he was working for WABA “La Grande” on of the top AM commercial radio stations in the island.  In 1970, Carlos was the weeknight host on WOUR in Utica, NY, one of the first FM “underground rock” stations in the country.

Carlos moved back to Puerto Rico in the mid ’70s where he produced and hosted a new show on WZAR called “Jazz Where It’s Been and Where It’s At.”  During this time, he met and interviewed many jazz greats, including Count Basie, Betty Carter and Dexter Gordon.

Carlos moved to Denver in 1980 where he spent five years as Music and Program Director and mid-day host at the nationally recognized soul music station KDKO. After working a year for KBCO in Boulder, Carlos joined KUVO in 1987. As Program Director, he helped establish KUVO as one of the most respected community-based jazz stations in the country.  In 2005 and 2006 KUVO was named the major market “Jazz Station of the Year” by Jazz Week. Carlos became the President and General Manager of KUVO in 2012, he remains committed to airing culturally diverse programs with significant appeal to people in the Latino and African American communities.

April is Jazz Appreciation Month, founded in April of 2001 as an annual event that pays tribute to jazz, both a historic and living American art form. This year we…