The list is a different take on end-of-year inventories. Rather than what might be called “the best,” I’ve compiled some projects that joined the KUVO library that NEED MORE ATTENTION. They are some of the best, for sure. But in a world of so much good music, I just want to make sure you don’t miss these possibly-overlooked gems. I know you’ll enjoy them! 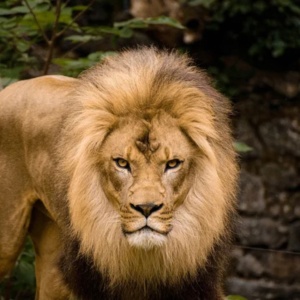 Leon Parker – The LEO (Ropeadope / EmbodiJazzMaker – Bandcamp)
This percussionist is back from near two decades in France. His project features an international cast of music makers including Cecile McLorin Salvant, Tom Harrell, Joshua Redman, Aaron Goldberg, and others. The result is mystical and rhythmic, with a wide vocal footprint, including soaring wordless vocals.

Roseanna Vitro – Sing A Song of Bird (www.SingASongOfBird.com)
Charlie Parker is such a towering giant of this music, the centennial tributes just keep on coming, and I’m glad for that. Bird’s compositions and solos spark a fire in most jazz singers, and Roseanna Vitro went full force into this project, nabbing Bob Dorough before his passing in 2018, Sheila Jordan, and in her sprint to finish the project, Marion Cowings, and Gary Bartz.  Fresh lyrics, inventive titles, and voila! Nouveau Bird! 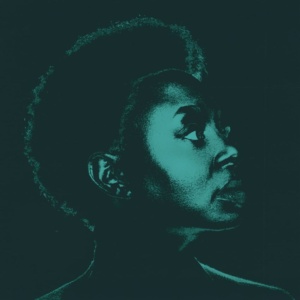 Ledisi Sings Nina (BMG)
Part of the work of jazz is to continually re-work the past.  One of the brightest vocal talents in music today has done this generation a great service by introducing them to Nina Simone. The commercial hits (“Feeling Good,” “My Baby Just Cares for Me”) are well handled. The landmark “Four Women” (with Lizz Wright, Alice Smith, and Lisa Fischer) is worth the price of admission alone.  The visual version of Ledisi’s Nina Simone tribute was aired on PBS in late 2020.

2B3 Trio (www.2b3trio.com)
Sure, another Jimi Hendrix tribute, but by a jazz organ trio? Why not! Keyboardist Jeff Jenkins and drummer Mike Marlier allow guitarist Mike Abbott to go all-out on a few tracks, but they slip into a chill, groovy interpretation of “Hey Joe” that’s completely different. Their blues approach to “Etched in Stone” is legit, and they’ve captured the R & B roots of “Foxy Lady,” too.

Henry “Skipper” Franklin – Showers of Blessings (Skipper Productions)
This veteran bassist pulled together a contemporary project that suggests the soul-jazz vibe of an earlier era. Fresh with compositions from Franklin, pianist Theo Saunders, alto flutist Benn Clatworthy, McCoy Tyner, and others, the sound is as current and aware as can be. And it made Jazz Week’s Top 100 Played list for 2021.

James Francies – Purest Form (Blue Note)
This record most closely resembles the ultra-modern slant heard on KUVO’s Jazz Odyssey. It’s a great representation of what’s next in jazz. It’s urgent and eclectic, layered with sound and produced elements, and some vital spoken word elements, vocalizations, and vocals by Peyton, Elliot Skinner, and Bilal. This one really got the KUVO staff talking!

Ronnie Cuber / Gary Smulyan – Tough Baritones (Steeplechase)
A double-baritone sax project that plays like a romp through the post-bop songbook. THIS is why I love jazz.

Monaco / Meurkens / Hoyson / Lucas – Strollin’ (Reid Hoyson Productions)
This soulful project was the easiest call I made all day.  The Tony Monaco organ – Hendrik Meurkens harmonica confabulation is simply fabulous.  Drummer Reid Hoyson and guitarist Mark Lucas round out this quartet with swing and groove that makes you move. There is nothing not to like in these 11 tracks.

Tivon Pennicott – Spirit Garden with Strings (New Phrase Records, www.TivonPennicott.com)
I first saw Tivon Pennicott when he was on tour with Gregory Porter, but his profile goes far beyond sideman. This record reveals his breadth as composer, producer, and musical inventor. Accompanied by a 26-piece string orchestra, each track makes me want to hear more, as in, “what’s he going to do next?” With sax or baton in hand, I like where he’s going. 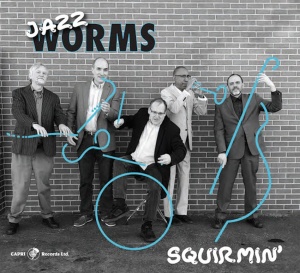 Jazz WORMS – Squirmin’ (Capri Records)
In this case, “worms” is an acronym for pianist Andy Weyl, reedman Keith Oxman, drummer Paul Romaine, cornetist Ron Miles, and bassist Mark Simon. It’s literally a supergroup of Denver-area jazz musicians, and their second album “Squirmin’” marks their reunion after 30 years of doing other things. This music is the definition of in-the-pocket, and at the same time, it’s full of constructed and improvisational surprise. It makes folks wonder if there’s something in the Colorado air that makes musicians swing this hard.

Yoko Miwa Trio – Songs of Joy (Ubuntu Music)
Yoko Miwa’s covers of Richie Haven’s “Freedom,“ Billy Preston’s “Song of Joy,” Duke Jordans’s “No Problem” and Monk’s “Think of One” were perfectly suited to her inquisitive improvisations.  Her originals (composed during the 2020 lockdown) are lyrical and emotional, performed with her band in tight cadence, with plenty of flourish where needed.  At 70 minutes, pound-for-pound, this project is a winner.

Professor Adrian Cunningham and His Old School – The Lockdown Blues (Arbors Jazz, www.arborsrecords.com)
In a strange way, having musicians record in their homes wherever brings down the walls. The “Professor” Adrian Cunningham pulled together the parts of this project in April of 2020. Thankfully, this musical time capsule will entertain for years to come. There are four vocal tracks, but even the instrumentals (“Sittin’ At Home, Drinkin’ Alone,” “Six Feet is Too Far From You” and others) tickle your ribs.

Delvon Lamarr Organ Trio – I Told You So (Colemine Records, www.delvonlamarrorgantrio.com)
Watch out! Somebody dropped off a truckload of funk on these guys, and now they’re dropping it on us! They nail Wham’s “Careless Whisper.”  Can’t stand still.

Nelson Riveros – The Latin Side of Wes Montgomery (Zoho Records)
Generally, guitarists should FEAR putting out a Wes Montgomery record.  On the other hand, if you’re really good, why not?  Nelson Riveros interprets the Latin essence within these gems from the WM songbook, and his originals “Nelson’s Groove” and “Facing Wes” complement the project nicely.

The 14 Jazz Orchestra – Cartoon BeBop (www.14jazzorchestra.com)
Recent years have seen a revival of the jazz big band / large ensemble. If that’s what you’re looking for, brass man Dan Bosanti (trombone, tuba emulation) curated a nice group of compositions to arrange, including a couple of Corea tunes, a Shorter, an Airto, a Stanley Clarke. It’s as if all these songs have been waiting for a chart-minded leader to expand the sound.

Ethan Iverson & Umbria Jazz Orchestra – Bud Powell in the 21st Century (Sunnyside)
Punctuated by chorale interludes, this collaboration reflects well on Bud Powell’s genius.  Iverson and the players (based in Perugia, in central Italy) were tuned up and came for the swing.  Trumpeter Ingrid Jensen stars along with Dayna Stephens, Ben Street, and Lewis Nash. 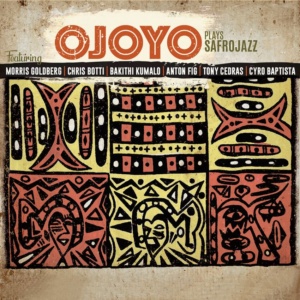 Ojoyo Plays SafroJazz (Sunnyside Communications)
South African reedman Morris Goldberg leads this effort, actually a re-issue of a 1996 recording. Goldberg’s been making music around the world and in Hollywood for years, and the band has solid credits, including Chris Botti, and Capetonian drummer Anton Fig. If you have an Afro-beat bone in your body, every track on this record will make you move. It’s in the middle their name, “joy.”

Altoizm (Afar Music, Chicago)
Altoizm is the second three-alto sax project recently (last year’s “Bird at 100” project on Smoke Sessions was also notable). This album recorded at The Jazz Place outside of Chicago features Rajiv Halim, Sharel Cassity, and Greg Ward, with all original compositions from the players, including pianist–engineer Richard D. Johnson. The ensemble is absolutely razor-sharp, and the melodies are worthy of future standards.

Elena Maque – Feel Again (www.elenamaque.com)
This St. Petersburg, Russia-born woman brings all the feels, soulful accompaniment, and warm vocals to bear on her debut release. Strong original compositions and legit alto sax work gets this soul/pop/jazz album on the list!