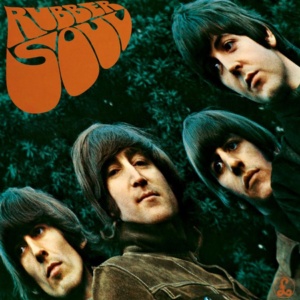 “Norwegian Wood” was first released on the Beatles’ 1965 album “Rubber Soul,” written primarily by John Lennon and credited to the John Lennon/Paul McCartney team. George Harrison introduced a sitar part which was the sitar’s first appearance on a major Western rock recording, although it had appeared earlier on the North American version of the “Help!” album in an instrumental (“Another Hard Day’s Night”). In addition, The Yardbirds had recorded the single “Heart Full of Soul” in February 1965 and the Beatles appeared with the Yardbirds in June, the month “Heart Full of Soul” was released. Harrison had also encountered the instrument while the band was filming the moving “Help!” earlier that year. McCartney said in an interview that the reference to “lighting a fire” was about setting the apartment on fire as revenge for having been relegated to sleeping in the bathtub.Another interpretation has it that lighting a fire refers to lighting up a joint. Lennon was well known for wordplay and the song can be seen in many conflicting ways. “This Bird Has Flown” was the working title during the recording session. 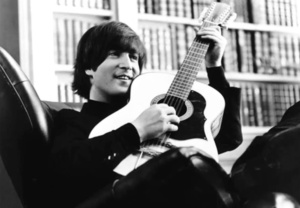 John Lennon (9 Oct 1940-8 Dec 1980) and Paul McCartney (18 June 1942-present)formed perhaps the best-known and most highly regarded songwriting team of the latter half of the twentieth century. Initially influenced by American rock and roll, blues and jazz, they went on to incorporate classical Indian sitar, pacifism and a remarkable complexity of melodic and lyrical content. Both also displayed remarkably inventive and disruptive senses of humor, brilliantly displayed in movies, albums and (in Lennon’s case) books.

John Lennon’s mother taught him banjo and piano and bought him his first guitar. She was one of five sisters and Lennon described his upbringing by these strong, beautiful, intelligent women as his introduction to feminism. His band The Quarry Men (named for his high school) was formed in the 1950s and went through several names, last known as The Beatles – John Lennon, Paul McCartney, George Harrison, Ringo Starr. His songwriting began with love songs, went on to world music, then to anti-war activism. He maintained an interest in art throughout his life and continued drawing until his untimely death. After the breakup of the Beatles he produced several albums with second wife Yoko Ono, one of which “Live Peace in Toronto” became a Top Ten hit.

Paul McCartney’s mother died when he was 14, which strengthened his bond with Lennon, who had also lost his mother as a teenager. His father, known as “Jim Mac”, was a jazz musician. The Beatles toured constantly until 1966, at which point the music had become far more complex and difficult to reproduce on the road, particularly as the screaming of fans made it impossible for them to hear their music as they were playing.  McCartney produced the first solo album after the Beatles’ breakup, then went on to form Wings. He was the first non-American to receive the Gershwin Prize. He is currently writing a musical based on “A Wonderful Life”.  He was awarded the Polar Music Prize, the Royal Swedish Academy of Music Award, in 1992. He is known as an animal-rights activist, vegetarian and anti-landmine activist.