Stories of Standards—All of Me 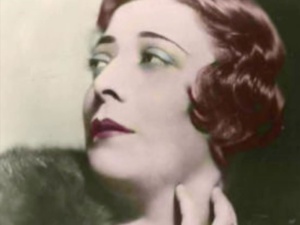 “All of Me” (1931) by Gerald Marks and Seymour Simons, was introduced on radio by vaudeville singer Belle Baker in 1931. Known as The Ragtime Singer, Belle Baker introduced “Blue Skies” and “My Yiddishe Mama”; she was also the first person in the United States to do a radio broadcast from a moving train. Numerous unconfirmed reports say that she had lost her husband shortly before the first performance and broke down weeping while singing the song. It became a hit with the release of Paul Whiteman’s December 1931 recording (vocalist Mildred Bailey), which went to #1 on the charts and stayed there for three weeks. “All of Me” has been recorded about 2,000 times and won the “Towering Song” award from the Songwriters’ Hall of Fame in 2000. Louis Armstrong’s 1932 recording also went to #1. While it faded from view for a while, Frank Sinatra’s 1948 recording brought it back to people’s attention, and his use of the song in the 1952 movie “Meet Danny Wilson” is said to have helped draw attention to Johnny Ray’s recording that year. Willie Nelson included the song on his “Stardust” album, which went on both the pop and country charts.

Gerald Marks (10/13/1900-1/27/1997), a pianist, composer, and orchestra leader, who joined ASCAP after the success of “All of Me”, was active in the organization for many years, and served on the board of directors from 1970 to 1981. Inspired by the League of Nations, Marks wrote music for a 22-song series, intended as teaching aids for children (including “Sing a Song of Safety,” “Songs of Health,” and “Sing a Song of Friendship), promoting tolerance and unity. These were later published by the Anti-Defamation League of the B’nai B’rith. His wife, Edna Berger, was a newspaper woman and labor organizer.

Seymour Simons (14 Jan 1896 – 12 Feb 1949) was a pianist, songwriter, orchestra leader, and radio producer who after returning from WWI worked as a pianist and songwriter for Detroit stage stars such as Nora Bayes, with whom he wrote “Just Like a Gypsy”. She was already known for writing “Shine On Harvest Moon”. In 1926 he wrote “Breezin’ Along With the Breeze” (first recorded by Josephine Baker) with Richard Whiting as well as “Hello, Baby”. “All of Me” remains his biggest hit.