Tune in weekday mornings to hear our favorite versions of “Bags’ Groove.” Rodney Franks presents Stories of Standards Monday through Friday at 7:50 and 8:50 am.

Milt Jackson composed and first recorded “Bags’ Groove” in 1952, with the other members of what became the MJQ. Established in 1946 and initially known as the Milt Jackson Quintet, the group’s name was changed to Modern Jazz Quartet in 1952. The source of the song title was Milt Jackson’s nickname “Bags”, which he acquired after going on a monumental drinking binge to celebrate leaving the Army which resulted in deep furrows under his eyes. MJQ began with John Lewis on piano, Milt Jackson on vibraphone, Ray Brown on bass, and Kenny Clarke on drums. In 1952 Percy Heath replaced Ray Brown on bass, the only change in personnel other than Connie Kay’s replacing Kenny Clark in 1955 and Jackson’s departure from 1974-1981. Miles Davis recorded “Bags’ Groove” in 1954 and released the album “Bags Groove” in 1957, which included “Airegin” and “Oleo” by Sonny Rollins. 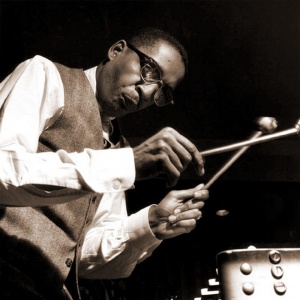 Milt Jackson (Jan 1, 1923 – Oct 9, 1999) began playing guitar as a seven-year-old and went to the piano at eleven before switching to vibes a few years later, having heard Lionel Hampton play vibraphone in Benny Goodman’s band. In high school, he played drums, timpani, and violin in addition to singing in the choir. His proficiency in this range of instruments was no doubt facilitated by having perfect pitch. Jackson slowed down the oscillator on his vibraphone to 3.3 per second, one-third that of Lionel Hampton’s, which created a more subtle tremolo. In 1945 Jackson was spotted and hired by Dizzy Gillespie, who maintained the swing tradition of a “band within a band”. Gillespie’s arrangements placed such great demands on the reed and brass players that the quintet of percussionists was formed to let the reed and brass players rest their lips, which also led to the MJQ becoming well known and in great demand. The clash between Jackson’s “inventive and bluesy” style and Lewis’ “semi-classical” style created friction, but also served as a challenge to the players’ techniques. Regarded as one of the great improvisational jazz players, Milt Jackson led the polls for 50 years and was awarded numerous awards and honors, being especially known for his solos and attention to harmonics and rhythm. While best known for hard bop, he played Afro-Cuban jazz, modal jazz, and post-bop.