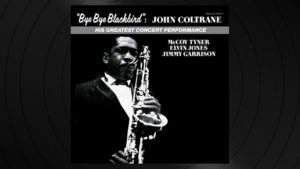 “Bye Bye Blackbird” (1926) became a hit the same year it was published; Gene Austin’s recording went to #1 and stayed on the charts for 12 weeks; Nick Lucas, the first jazz guitarist to record as a soloist, had a 1926 recording which went to #4. The song itself was not particularly popular for some years afterward, but interest was revived by the 1955 Jack Webb film “Pete Kelly’s Blues”, which stirred a renewed popularity of 1920s music; Peggy Lee sang “Bye Bye Blackbird”. Webb produced and directed the film, as well as starring as cornetist Pete Kelly. Lee Marvin’s characterization of clarinetist Al Gannaway was not as well received. The soundtrack was considered the high point, with many roles played by jazz musicians, rather than actors. The refrain is often played without the lyrics, possibly contributing to the confusion surrounding the meaning of the song. Some interpretations focus primarily on the “I’ll be coming home tonight”; others focus on the “someone” who “waits for me”, with this person’s role depending on whether the singer is viewed as a man going home to his mother (sometimes to his sweetheart) or as a woman escaping from the red-light district, going home to her mother. Other interpretations are possible and these lend themselves to different tempos (some very light and quick, others slow and bluesy).

Mort Dixon (20 Mar 1892-23 Mar 1956) was born in New York City, served in the Army during World War One and directed an Army show “Whiz Bang”, which toured Europe after the war. His first success, also his first published song, was “That Old Gang of Mine”. His other hits included “I’m Looking Over a Four-Leaf Clover”, “I Found a Million Dollar Baby in a Five and Ten Cent Store”. He was inducted into the Songwriters Hall of Fame in 1970, the same year as Ray Henderson.