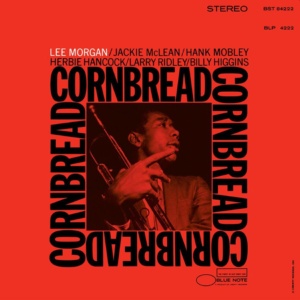 “Ceora” was first recorded in 1965, with Lee Morgan on trumpet, Herbie Hancock on piano, Billy Higgins on drums, Jackie McLean and Hank Mobley on saxophones, and Larry Ridley on bass. Don Drotos called it a ‘jazz bossa,’ “a bossa nova that was written by a jazz musician as a vehicle for improvisation, as opposed to a Brazilian song originally to be sung.” Jeffrey McMillan in his book DelightfulLee: The Life and Music of Lee Morgan said of Ceora that the “beautiful melody jumps and soars over a relaxed harmonic rhythmic context of elegant sophistication.” He also traces the origins of the song to the ballad “If Someone Had Told Me” by Peter De Rose and Clarence Tobias.

Lee Morgan (10 July 1938-19 Feb 1972) was a prominent hard bop trumpet player, whose sister Ernestine gave him his first trumpet when he was thirteen. He then took lessons from Clifford Brown, who remained a major influence. As a teenager he played first in Dizzy Gillespie’s band, then on Coltrane’s “Blue Train” album and then with Art Blakey’s Jazz Messengers before starting his own band and going solo. While he rejoined Blakey for a short time after the release of the Sidewinder album, he went on to record both as a leader and as a sideman, having become a major influence on the Blue Note label. In the last two years of his life Morgan became politically active as a leader of the Jazz and People’s Movement, which protested the lack of jazz bands on talk and variety shows. On 19 Feb 1972 Lee and his wife Helen argued between sets at Slug’s Saloon, a jazz club where he was performing with his band. She then shot him, which was not immediately fatal; unfortunately, a heavy snowfall delayed the ambulance so long he died before treatment was possible. A documentary on Morgan’s life (“I Called Him Morgan”) directed by Kaspar Collin was released in 2016, described as “A film about love, life and America.”