Tune in weekday mornings to hear our favorite versions of “Crazy Rhythm.” Rodney Franks presents Stories of Standards Monday through Friday at 7:50 and 8:50 am.

“Crazy Rhythm” was originally written for the 1928 musical “Here’s Howe” by Roger Wolfe Kahn, Joseph Meyer & Irving Caesar. In 1950 “Crazy Rhythm” was added to the movie “Tea for Two” starring Doris Day and Gene Nelson. The movie’s storyline is based on the concept of producing “No, No, Nanette”, a musical written in 1925 by Irving Caesar, Otto Harbach, and Vincent Youmans, in which “Crazy Rhythm” is shown as a musical number aimed at attracting backers for the production. In the 1979 movie “The Jerk” this is the song that inspires Steve Martin’s character to set off on his journeys. The song forms a running background for the 2004 play “Souvenir” by Stephen Temperley. 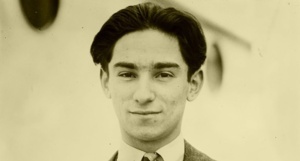 Roger Wolfe Kahn (10/19/1907-7/12/1962) grew up in a banking family in Morristown, New Jersey. The family lived in London from 1912 to 1914 and frequently traveled. By the time he was sixteen years old, Kahn had formed a booking agency and organized a band, which he installed at the Knickerbocker Grill in New York. He could play every instrument in the band, although his favorites were piano and saxophone. By the time he was nineteen years old, he had organized eleven orchestras and netted $50,000 per year for the four years they were active. Musicians in his orchestra included Red Nichols, Gene Krupa, Jack Teagarden, Morton Downey, Joe Venuti, Tommy Dorsey, and Artie Shaw. In the mid-1930s Kahn gave up the orchestra, becoming a test pilot for Grumman Aviation, where he tested many of the American planes flown in WWII. He went on to become Grumman’s director of service and product support. Roger and his father were the first father and son pair to appear separately on the cover of Time magazine, Otto in November 1925 and Roger on September 1.

Joseph Meyer (Mar 12, 1894 – Jun 22, 1987) wrote the tune for “If You Knew Susie” and co-wrote both lyrics and melody for “California Here I Come.” He spent a year in studying violin and after high school worked retail jobs in San Francisco while moonlighting as a violinist in a local café. After serving in WWI he began to write music, with his first hit “My Honey’s Lovin’ Arms” in 1922. During the 1930s he began to work in film, while the 1934 Ziegfeld Follies featured several of his songs. He continued writing, though less frequently and was inducted into the Songwriters Hall of Fame in 1972. His songs had been used in more than 120 films. 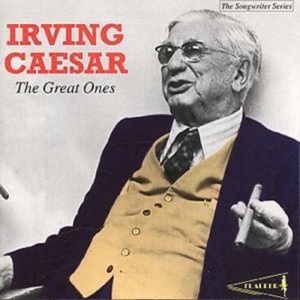 Irving Caesar (Jul 4, 1895 – Dec 18, 1996), lyricist and composer, grew up in the same neighborhood as the Marx brothers and knew them when he was a child. He wrote his first hit “Swanee” with his friend George Gershwin in 1919; the song took off when featured by Al Jolson. With Vincent Youmans he wrote “Tea For Two” and “I Want to Be Happy” which were added to the musical “No, No, Nanette.“ With Ted Koehler he wrote “Animal Crackers In My Soup” for Shirley Temple in “Curley Top”. In the 1930s he wrote a series of songs for the League of Nations, promoting tolerance and unity. While the federal government turned them down, the Anti-Defamation League of the B’Nai B’rith later published them. He served on the Board of ASCAP for 33 years and was a founder of the Songwriters Guild of America. He was 101 years old when he died in 1996. The ASCAP Foundation Irving Caesar Scholarships were established to preserve his name and legacy. Recipients are selected by the Third Street Music School Settlement in New York City.