Stories of Standards—Don’t Get Around Much Anymore

Tune in weekday mornings to hear our favorite versions of “Don’t Get Around Much Anymore.” Rodney Franks presents Stories of Standards Monday through Friday at 7:50 and 8:50 am beginning Monday, April 26! 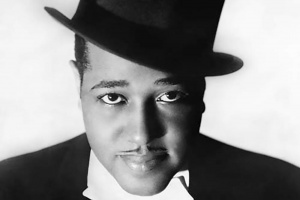 “Don’t Get Around Much Anymore” was written in 1940 by Duke Ellington. Originally titled “Never No Lament” it became a hit shortly after Bob Russell added lyrics in 1942, at which point the title changed. Two different versions, one by Ellington and another by The Ink Spots, hit number one on the the R&B charts in 1973. Ellington’s recording reached number eight on the pop charts.

Edward Kennedy “Duke” Ellington (Apr 29, 1899 – May 24, 1974) was one of the best known and best loved band directors, composers, and musicians of the twentieth century. His compositions and arrangements were tailored to highlight and celebrate the talents of the musicians he gathered in his band from 1923 until his death in 1974 and he was known to prefer arranging music to performing it. From a very early age he was known for the impeccable taste which led to the nickname “Duke”. Inducted into the Songwriters Hall of Fame in 1971, he was described as “one of the most important creative forces in the music of the twentieth century.”

Sidney Keith Rosenthal “Bob Russell” (Apr 25, 1914 – Feb 1970) had his first hit songs in 1940 ( “Frenesi,” “Marie Elena,” and “Brazil”). Over the years collaborators included  Duke Ellington, Harry Warren, Carl Sigman, Bronislaw Kaper, Peter DeRose and Lester Lee. With Quincy Jones he co-wrote “The Eyes of Love” and “For the Love of Ivy”, both of which were nominated for Grammy Awards. His last song was the 1969 hit “He Ain’t Heavy, He’s My Brother.”