Stories of Standards—Fly Me to The Moon 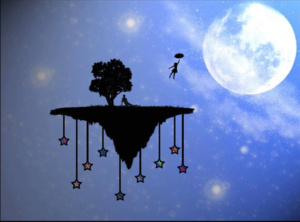 “Fly Me to the Moon” was written by Bart Howard in 1954 as a slow waltz, with the title “In Other Words”, first recorded by Kaye Ballard. While a variety of singers released recordings in the following few years, it was Peggy Lee’s appearance on the Ed Sullivan Show in 1960 which greatly increased its popularity. In 1963 Peggy Lee convinced Howard to change the title to “Fly Me to the Moon”. In 1962 Joe Harnell arranged and recorded an instrumental version of the song in bossa nova style which spent 13 weeks on Billboard’s “Hot 100” list. In 1964 Quincy Jones arranged the song for the album “It Might as Well Be Swing” (Frank Sinatra and Count Basie’s Band) and changed the time signature from 3/4 to 4/4, which has been standard for the song ever since. This version became closely associated with NASA’s Apollo Space program and became the first music heard on the Moon when Buzz Aldrin played it on a portable cassette player after he stepped onto the Moon. Diana Krall sang this in 2009 on the occasion of the 40th anniversary of the moon landing and again in 2012 at the memorial service for Apollo 11 mission commander Neil Armstrong.

Bart Howard (1 Jun 1915-21 Feb 2004) was a jazz pianist best known for writing the song “Fly Me to the Moon”. He served in the US Army in World War II before becoming pianist and director of shows at The Blue Angel in New York, which was when he began composing songs. While there he had introduced Eartha Kitt, Johnny Mathis and others. He was inducted into the Songwriters Hall of Fame in 1999. ”I’ve always said it took me 20 years to find out how to write a song in 20 minutes,” Mr. Howard recalled in an interview with The New York Times in 1988. ”The song just fell out of me. One publisher wanted me to change the lyric to ‘take me to the moon.’ Had I done that I don’t know where I’d be today.” His idol was always Cole Porter, who once told Howard that he would be successful once he learned to sing them himself. Howard died of a stroke, survived by a sister, Dorothy Lind, and Thomas Fowler, his partner of 58 years.

Stay connected to KUVO’s programs and our community’s activities:Sign up for the station’s Oasis Online E-newsletter today!