Stories of Standards—I Concentrate on You by Cole Porter 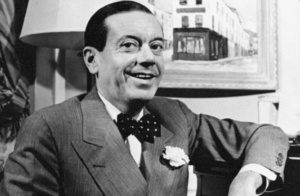 “I Concentrate on You” was written by Cole Porter for the 1940 film “Broadway Melody of 1940”, where it was sung by Douglas McPhail. William Hyland said of it (in his book “The Song Is Ended: Songwriters and American Music, 1900-1950“, “[It] had an exotic flavor and in the film was used as a ballet for Eleanor Powell, dancing on a darkened stage with only a spotlight on her, while the melody was sung by a masked harlequin; then she is joined by Fred Astaire for the remainder of the number.” The song made the charts twice in 1940 – once with the Tommy Dorsey Orchestra’s recording and again with Eddy Duchin and His Orchestra’s version. Featuring extensive internal rhyming and sophisticated melodic framing, well over 280 recordings have been made by some of the greatest singers and musicians of the twentieth and twenty-first centuries, including organist Joey DeFrancesco, pianist Renee Rosnes, guitarist Russell Malone, vocalists Stacey Kent and Kitty Margolis, saxophonists Gary Foster and Scott Hamilton, trombonist Jiggs Whigham, trumpeter Brian Lynch, and drummer Akira Tana.

Cole Porter (Jun 9, 1891 – Oct 15, 1964) enjoyed an upper-class upbringing, as his maternal grandfather was the wealthiest man in Indiana. His mother was devoted to him and his music. Sent east to Worcester Academy, he later quoted instructor Dr. Abercrombie as saying “Words and music must be so inseparably wedded to each other that they are like one.” Porter wrote around 300 songs while an undergraduate at Yale, including “Yale Bulldog Song” and was voted “most entertaining member” of his graduating class of 1913. Having dropped out of Harvard Law School to pursue music, he went to Paris in 1917 and stayed through the ‘20s. He married fellow socialite Linda Thomas in 1919, an arrangement of mutual devotion which met both their needs until her death in 1954 and was undisturbed by his homosexuality.

Porter established his reputation with the musical Paris in 1928, had a stint writing for films in Hollywood, then returned to New York in 1929 with Fifty Million Frenchmen, first of a string of hit Broadway musicals. His sophisticated and frequently risqué music and lyrics consistently attracted the devotion of both audiences and musicians. He was awarded the 1961 Grammy for Best Soundtrack (Can-Can, 1961),  the 2009 Online Film & Television Association Hall of Fame and a star on the Walk of Fame (posthumously awarded May 21, 2007, at 7080 Hollywood Boulevard).

Porter’s long string of successes was interrupted by a 1937 fall while horseback riding which shattered both legs and left him with chronic pain for the rest of his life. He dealt with the pain by writing more compositions, with some of his best-loved music written in the 1950s (“Kiss Me Kate” 1948, “Out of This World” 1950, “Can Can” 1953, “Silk Stockings” 1955, “High Society” 1956 and “Les Girls” 1957). Brilliant, witty, complex and original, Cole Porter remains one of the most honored composers of the twentieth century. He won six Tonys and three Grammys; a celebration of his life (The Cole Porter Festival) is held yearly on the weekend closest to his birthday (June 9).