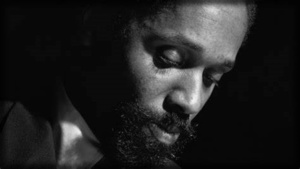 John Aaron Lewis (May 3, 1920 – March 29, 2001), jazz pianist, composer and arranger, is best known as a founder and musical director of the Modern Jazz Quartet.

Raised in Albuquerque, New Mexico, John Lewis joined the Army in 1942, where he met drummer Kenny Clarke, who introduced him to Dizzy Gillespie in 1946. While playing piano and arranging music for Gillespie’s band, Lewis completed his Masters Degree at the Manhattan School of Music, where he had focused on Baroque music. In 1948 he went to Paris, a city he loved for the rest of his life. After playing with Illinois Jacquet, Charlie Parker, and Lester Young he joined Miles Davis’ nonet in 1949. In 1951 he and Clarke recorded with vibraphonist Milt Jackson’s quartet, which became the Modern Jazz Quartet in 1952, with bassist Percy Heath and drummer Connie Kay (who replaced Clarke in 1955). Lewis, as musical director of the group, led the way from 1940s bebop style to a fusion of blues, jazz and European music, leading to the French government’s honoring him as an  Officier Des Arts et Lettres. Taking Duke Ellington and Count Basie as models, he believed the band should dress to fit their music: polished, elegant and unique.

Through the 1950s and 1960s, Lewis was phenomenally busy, directing the Monterey Jazz Festival and the summer jazz program in Lenox, Massachusetts; he wrote a ballet, scored several films, wrote incidental music for a stage show, scored several episodes of Rod Serling’s “Night Gallery” and introduced Orchestra USA with Schuller. Although the Modern Jazz Quartet disbanded in 1974, Lewis continued working, writing a score for “Cities for People” which won first prize at the San Francisco Film Festival, teaching  at City College of New York, lecturing at Harvard, and serving on the trustee board of Manhattan School of Music. In 1987 with his wife Mirjana Lewis, a harpsichordist, he recorded an album based on Bach’s “Goldberg Variations”. His fame as a composer and arranger often overshadowed his achievements as a performer. Compositions include “Django,” “Afternoon in Paris,” “Two Degrees East, Three Degrees West,” “Skating in Central Park,” and “Two Bass Hit” (written with Gillespie). The Berklee College of Music awarded him an honorary doctorate, based on his impact on jazz and his amazing career. In 2002 Albuquerque dedicated the John Lewis Memorial Auditorium in his honor. The Modern Jazz Quartets awards included the first NAACP award for cultural contributions in the field of music in 1957 and top billing on numerous jazz magazine polls.