Stories of Standards—Meet the Flintstones 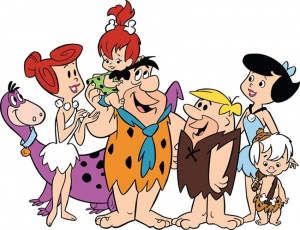 “Meet the Flintstones Theme” was composed in 1961 by Hoyt Curtin, Joseph Barbera and William Hanna. While the initial theme song (“Rise and Shine”) was very similar to the theme from Bugs Bunny, this was changed in the third season to “Meet the Flintstones”, which had been initially released in 1961 on the children’s record “Songs of the Flintstones”. The melody was also used as incidental music in the first two seasons of the show.

Hoyt Curtin (Sep 9, 1922 – Dec 3, 2000), composer and producer, was the primary music director for the Hanna-Barbera animation studio first from 1957–1965 and then from 1972–1986. He first met Hanna and Barbera when they were working on a Schlitz commercial. He composed many of the theme songs and incidental music for the Hanna-Barbera cartoons. He also composed for films and other cartoons. 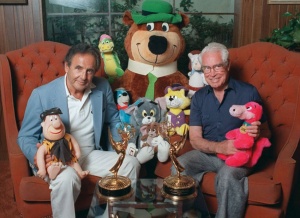 Joseph Barbera (Mar 24, 1911 – Dec 18, 2006) animator, director, producer, storyboard artist, and cartoon artist, was born in Manhattan to immigrant Italian parents and spoke Italian as a child. He became interested in animation after seeing Disney’s “The Skeleton Dance” in 1929. He joined Van Beuren Studios in 1927, then Terrytoons in 1929. His cartoons were published in magazines, most notably Collier’s. At MGM he met William Hanna; after their department was dissolved they founded Hanna-Barbera.

William Hanna (Jul 14, 1910 – Mar 22, 2001) was an animator, director, producer, voice actor, cartoon artist, and musician whose film and television cartoon characters were major hits through much of the twentieth century. He joined the Harman and Ising animation studio in 1930, where he worked on cartoons such as “The Captain and the Kids”, a takeoff on “The Katzenjammer Kids”. In 1937 while working at MGM, he met Joseph Barbera. Together they were best known for producing “Tom and Jerry”, which won seven Academy Awards, over the course of 161 episodes at MGM.  In 1957 they formed Hanna-Barbera, which by the late 1960s was the most successful animation studio in the business. Their adaptations to the lower budgets available in television led to a drop from 14,000 drawings for a 7-minute film to 2,000 drawings for the same time, resulting in two-dimensional drawings, and a much greater focus on dialogue. This limited animation is still the standard, as evidenced by “The Simpsons”. Hanna served as Scoutmaster and received the Distinguished Eagle Scout Award in 1985.