Stories of Standards—Never Can Say Goodbye 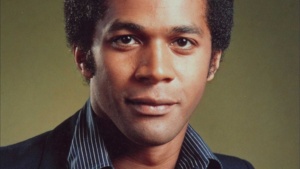 Although Clifton Davis wrote “Never Can Say Goodbye” for the Supremes, it was instead first recorded by the Jackson 5 (released March 16, 1971). It was then released as a single from the Jackson 5’s album “Maybe Tomorrow” and was a #2 hit for three consecutive weeks. Gloria Gaynor’s 1974 recording peaked at #2 in the U.K. and #3 in Canada, outranking the original Jackson 5 recording in those countries as well as being the #1 on the first dance/disco chart to appear in Billboard magazine. The British band the Communard’s 1987 recording was a hit as well, and was featured in Doctor Who: Father’s Day, which is set in the year 1987.

Clifton Davis (10/4/1945-present), is known as an actor, songwriter, singer, and minister. While a student at Pine Forge Academy in Pennsylvania, he and a classmate wrote the class song. Having performed at the school as a singer and orator, he was accustomed to appearing in front of an audience. While working as a video engineer at ABC television, Davis saw his first Broadway performance (“Apple Tree”, starring Alan Alda) and knew that he wanted to be a performer. He quit his job and within a few months had won a part in the Broadway production of “Hello, Dolly”. He went on to another Broadway show “Two Gentlemen of Verona” and was nominated for a Tony. Film and television producer Renee Valente saw him in the latter and two years later cast him as the star of “That’s My Mama”, which started his television career. In the late 1970s he left Hollywood for five years to acquire bachelor’s degree in theology and a master’s degree in divinity and became a licensed minister through St. Luke Baptist Church in New York City. Shortly afterwards he was cast as a minister in the sitcom “Amen”. As a keynote speaker for a number of national organizations he has been awarded more than 150 awards and citations for his service. Currently plays the recurring character of Ephraim Ware, Director of National Intelligence, on the series “Madam Secretary”. He played the Sultan in the 2011 Broadway show “Aladdin.”