Tune in weekday mornings to hear our favorite versions of “Nica’s Dream.” Rodney Franks presents Stories of Standards Monday through Friday at 7:50 and 8:50 am! 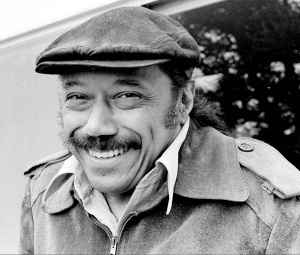 Horace Silver wrote “Nica’s Dream” in 1956 to celebrate his friend Pannonica (“Nica”) de Koenigswarter, whose 1948 introduction to “Round Midnight” by Thelonious Monk led her to leave family behind and spend the rest of her life in New York as a patron of jazz and jazz musicians. This song, written in AABA format, features 16-bar segments rather than the usual 8-bars and uses Latin beats in B-flat minor for the A sequence, with a swing rhythm in D-flat major for the B sequence. Dee Dee Bridgewater wrote lyrics so that she could record it, as has at least one other lyricist. David Kastin used the song’s title for his biography “Nica’s Dream: The Life and Legend of the Jazz Baroness”.

Horace Ward Martin Tavares Silver (Sep 2, 1928 – Jun 18, 2014) was introduced to Cape Verdean folk music by his father; in high school, playing piano and saxophone, he encountered blues, boogie-woogie and bop. In 1950 Stan Getz played with a pickup trio that included Horace Silver on piano, Walter Bolden on drums and Joe Calloway on bass; he hired all three and they went to New York. After a year Silver began freelancing and in 1953 formed the Jazz Messengers as a cooperative with Art Blakey, greatly influencing the development of hard bop, while his style has been a model for pianists ever since. Critic John S. Wilson said of him ” Silver wrote originals that were not only actually original but memorably melodic, presaging a gradual return to melodic creativity among writing jazzmen.”