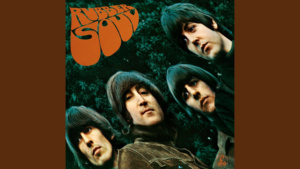 “Norwegian Wood” was first released on the Beatles’ 1965 album “Rubber Soul”, written mainly by John Lennon and credited to the John Lennon/Paul McCartney team. George Harrison introduced a sitar part which was the sitar’s first appearance on a major Western rock recording, although it had appeared earlier on the North American version of the “Help!” album in an instrumental (“Another Hard Day’s Night”). Harrison had encountered the instrument while the band was filming the moving “Help!” earlier that year.