“On Green Dolphin Street” (1947) by Bronislaw Kaper & Ned Washington was written for the film “Green Dolphin Street”, a movie based on the novel “Green Dolphin Country” by Elizabeth Goudge, which had won the Literary Guild Award in 1944. The movie, like the novel, was extraordinarily complex, featuring mistaken identity, a typhoon, an earthquake, an accidental desertion from the navy, and a marriage proposal drunkenly sent to the wrong sister. The song, which has become a much-recorded jazz standard, did not fare well until Miles Davis recorded it in 1959. The song has been recorded by Miles Davis, Sarah Vaughan, John Coltrane, Tony Bennett, and Eric Dolphy, among others. 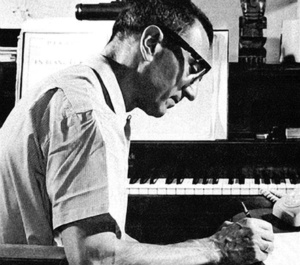 Bronislaw Kaper (February 5, 1902 – April 26, 1983) was born in Poland, where he studied classical piano and composition at the Warsaw Conservatory and law at the Warsaw University, as his father wished. Kaper then went to Berlin, where he became involved with a much more jazz-oriented music. When the Nazis seized power, Kaper went to Paris, where he and his friend Walter Jurmann composed music for films, most of them directed by others fleeing Germany. During the 1940s, Kaper was part of a numerous and distinguished community of exiles, which included Thomas and Heinrich Mann, Bertolt Brecht and Arnold Schoenberg. The Los Angeles Philharmonic Association created the Bronislaw Kaper Awards for Young Artists, named for Kaper who was on their board of directors for over 15 years. He scored the 1962 remake of “Mutiny on the Bounty” and the tv series “The F.B.I.” (1965-1974). His score for “Lord Jim” introduced many in Western audiences to Southeast-Asian gamelan orchestration. In all, he composed music for nearly 150 Hollywood films. 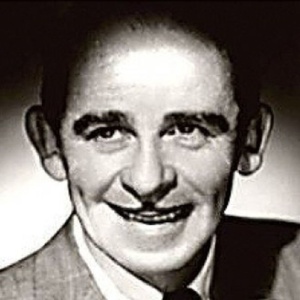 Ned Washington (15 Aug 1901-20 Dec 1976) started off in vaudeville and went on to write lyrics for some of the best-known songs in movies and big bands: “I’m Getting Sentimental Over You” (1932 with George Bassman) became Tommy Dorsey’s theme song. “When You Wish Upon a Star” (1940 with Leigh Harline) for “Pinocchio” won an Oscar for Best Song. “High Noon (Do Not Forsake Me, Oh My Darlin’” (1952 with Dimitri Tiomkin) was written for the movie “High Noon” and also won an Oscar for Best Song. “Town Without Pity” (also written with Dimitri Tiomkin) became a pop success sung by Gene Pitney. He wrote lyrics to “Stella By Starlight” (1946), a very popular jazz standard. Washington was a director of ASCAP from 1957 until 1975 and was inducted into the Songwriters Hall of Fame in 1972.