Tune in to Stories of Standards on weekday mornings at 7:50 and 8:50 am to hear our favorite versions of “On Green Dolphin Street” presented by Rodney Franks. 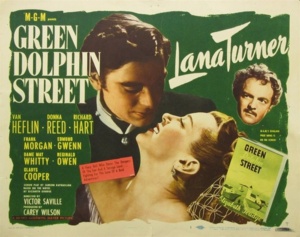 “On Green Dolphin Street” was the main theme of the 1947 MGM movie “Green Dolphin Street,” based on the Elizabeth Gouge’s 1944 book “Green Dolphin Country.” John Douglas Eames said of the film “It had everything, i.e. too much for a single movie: a glorious wallow in family conflict, triangle romance, Maori uprising in old New Zealand, earthquake, tidal wave, pathos and bathos.” Audiences loved it; it was the top box office draw of the year and won Academy Awards for sound and visual effects. The song  became a hit when Miles Davis recorded it in 1959. 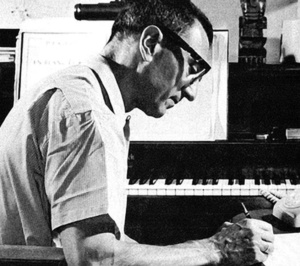 Bronislau Kaper (1902 – 1983) was born in Warsaw, Poland, studied at the Warsaw Conservatory of Music, and worked as a composer and conductor in Warsaw, Berlin, Vienna, London and Paris before an offer from MGM led to his emigrating to the United States in 1935. Here he worked for Hollywood and Broadway and was best known for “Someone to Care for Me” (1937), “On Green Dolphin Street” (1947), and “Hi-Lili, Hi-Lo” (1953). He was a member of the Los Angeles Philharmonic Association’s Board of Directors for 15 years, and the Bronisław Kaper Awards For Young Artists, held annually by the Los Angeles Philharmonic and alternating between piano and strings instrumental categories, were named for him. 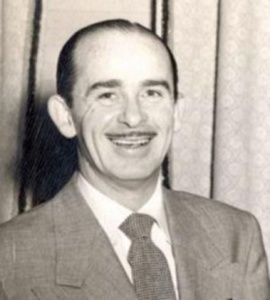 Ned Washington (1901-1976) started his career in vaudeville as a Master of Ceremonies  and actors’ agent before focusing on composition. Having moved to Hollywood in 1940 he wrote complete scores for the films Tropic Holiday, Pinocchio (winning the 1940 Academy Award and Box Office Blue Ribbon Award), Dumbo, Hands Across the Border, Mexicana, and Let’s Do It Again. With George Bassman he wrote “I’m Getting Sentimental Over You”, which became Tommy Dorsey’s theme song in 1932. After moving to Hollywood he won two Oscars (Best Score and Best Song) with Leigh Harline for “When You Wish Upon a Star” (1940). Other collaborations produced the Oscar-winning “High Noon (Do Not Forsake Me) in 1952, the theme song for “Rawhide,” and “Stella by Starlight” (1944).