Leslie Bricusse and Anthony Newley wrote “Pure Imagination” for the 1971 movie “Willy Wonka & The Chocolate Factory”, where it was introduced by Gene Wilder. 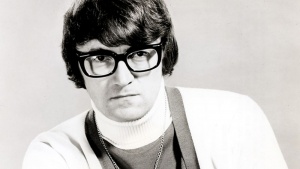 Leslie Bricusse (Jan 29, 1931 – present) composer, lyricist, and playwright is best known for his work with film scores and musicals. He was secretary of Footlights (1952-53) and president 1953-54. During the 1960s and 1970s, his partnership with Anthony Newley produced “Stop the World – I Want to Get Off” in 1961, which was made into a film in 1966. They wrote, “The Roar of the Greasepaint – the Smell of the Crowd” in 1965 and “Willy Wonka & The Chocolate Factory” in 1971. Both he and Anthony Newley were inducted into the Songwriters Hall of Fame in 1989. Bricusse has written more than 30 musical shows and films, received two Oscars, a Grammy, and eight Novello Awards, including the Lifetime Achievement Award in 1989. A musical based on their collaborations together (Pure Imagination: The World of Anthony Newley and Leslie Bricusse) first was shown in 2013. 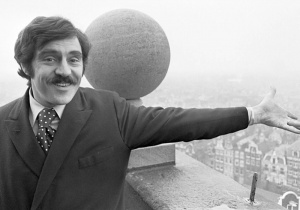 Anthony Newley (Sept 24, 1931 – Apr 14, 1999) left regular school at age 14 and joined the Italia Conti stage school shortly thereafter, then won the title role in the film “The Adventures of Dusty Bates”. In 1948 he appeared in two films (“Vice Versa” with Peter Ustinov and as The Artful Dodger in David Lean’s production of “Oliver Twist”. He starred in the 1959 film “Idle (or Idol) on Parade” where he sang four of his own songs, all of which went on to become Billboard hits. His 1960 series “The Strange World of Gurney Slade” was known to have inspired David Bowie.

Homepage picture is Leslie Bricusse in 2012