Tune in weekday mornings to hear our favorite versions of “Recorda Me.” Rodney Franks presents Stories of Standards Monday through Friday at 7:50 and 8:50 am!

Joe Henderson composed “Recorda Me” when fifteen years old, but later rewrote it with a bossa nova rhythm; it was first released in 1963 on the album “Page One”, which also included “Blue Bossa” by Kenny Dorham. Also known as “No Me Esqueça” (“Forget Me Not” in Portuguese) it has enjoyed continued performances ever since its first release. 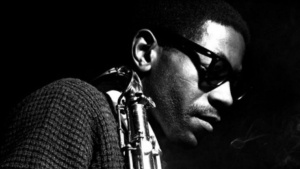 Joe Henderson (Apr 24, 1937 – Jun 30, 2001) was born in Lima, Ohio, one of fifteen children to parents who encouraged him to study music. He started with interests in drums, piano, saxophone and composition, and Charlie Parker was one of his greatest inspirations. In high school he took up saxophone and wrote several scores for the school band. A student of flute and bass at Wayne State University, he was guided in saxophone and composition by Larry Teal at the Teal School of Music. He also studied music at Kentucky State College. From 1960 to 1962 he was enlisted in the US Army and at Fort Benning competed in a talent show; he placed first and was then chosen for inclusion in a world tour, which included Paris, where he met Kenny Drew and Kenny Clarke. Discharged in 1962 he moved to New York and soon afterwards joined Horace Silver’s band, which he left in 1966 to resume freelancing and co-leading a big band with Kenny Dorham; his arrangements were first recorded on “Joe Henderson Big Band” in 1996. From 1963 to 1968 Henderson appeared on nearly 30 albums for Blue Note. He signed with new label Milestone in 1967 where he co-led the Jazz Communicators with Freddie Hubbard from 1967 to 1968. In 1971 he appeared with Blood, Sweat & Tears, then moved to San Francisco, where he began teaching. After the Italian label Red released “An Evening with Joe Henderson” Verve signed him for a series of albums. Emphysema led to his death from heart failure. As the Guardian said in his obituary: “A broad-minded and erudite musician, who explored classical, Indian and Balinese music – as well as jazz – he would later say that he heard Monk the way he heard Paul Hindemith.”