Stories of Standards—Seven Steps to Heaven 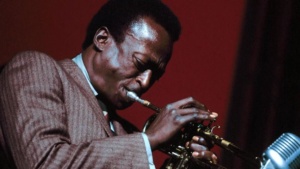 Miles Davis (May 26, 1926 – Sep 28, 1991), trumpeter, bandleader, composer, and artist, led a life of constant creativity, from cool to hard bop and beyond. While his playing style was always melodic and introspective, he led the way in innovations and stylistic changes from the 1940s through the 1990s. Although his quintet of the 1960s is still regarded as one of the most influential jazz bands ever, he was never a fan of nostalgia. “I don’t want you to like me because of Kind of Blue,” he once insisted. “Like me for what we’re doing now.” He also said “I’m always thinking about creating. My future starts when I wake up in the morning and see the light.” 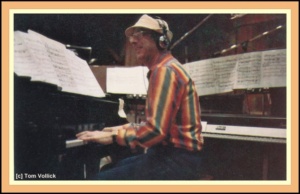 Victor Feldman (April 7, 1934 – May 12, 1987) was a pianist, vibraphonist, drummer and composer, who came to the US in 1955 to play (primarily vibraphone) with Woody Herman, who was aware of Feldman’s drumming skills and would showcase him with a 10-minute drum and congo solo on each performance. He then played with the Cannonball Adderley Quintet. Robert and Monty, Victor’s older brothers, started a band. Annoyed with their drummer, they said, “Our kid brother can do better than that.” and put him in, at which point 7-year-old Victor stole the show. From 1941 to 1947 he played in a trio with his brothers; in 1943 he took up piano and in 1948 took up vibraphone. While a notable drummer, he became best known as a pianist and vibraphonist. Having moved to the west coast he recorded with artists including Benny Goodman, George Shearing, Cannonball Adderley and Miles Davis. Feldman turned Davis down on the offer of joining the group, preferring the studio work to life as a touring musician. In the 1960s and 1970s he worked with Frank Zappa, Steely Dan and Joni Mitchell, while in the 1980s he collaborated with Tom Waits and Joe Walsh. From the 1980s until his death of a heart attack he led a crossover group, the Generation Band, that frequently featured his son, Trevor Feldman, on drums. He was inducted into the Musicians Hall of Fame and Museum in Nashville in 2009.