Stories of Standards—Theme from M*A*S*H 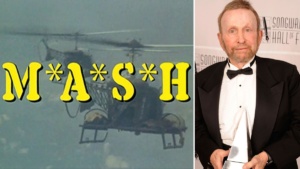 Tune in weekday mornings for Stories of Standards when Rodney Franks presents our favorite versions of “Theme from M*A*S*H,” Monday through Friday at 7:50 and 8:50 am.

Robert Altman, director of the 1970 film M*A*S*H, had two requirements for the song, which was originally intended for the “Last Supper” scene: 1) that it be called “Suicide Is Painless” and 2) that it had to be “the stupidest song ever written”. When Altman attempted to write the song himself, he found that he couldn’t sufficiently meet his stupid requirement, so handed it off to his 14-year-old son Michael, who dashed off the lyrics in five minutes. During an appearance on “The Tonight Show” in the 1980s, Robert Altman told Johnny Carson that while he made only $70,000 for having directed the movie, his son had earned more than $1 million for having co-written the song, which was used in the soundtrack for both the movie and the television series. It became a number one hit in the UK in 1980. 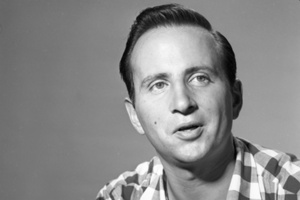 Johnny Mandel (Nov 23, 1925-Jun 29, 2020), considered one of the top composers of the 1990s, started writing arrangements as a 13-year-old and made his living in the 1940s playing trombone and trumpet in big bands, including Woody Herman’s Second Herd (1948). His mother, an aspiring opera singer, had discovered when he was five years old that he had perfect pitch. While in the Woody Herman band his “Not Really the Blues” was one of several pieces that entered the book. By the early 1950s he had transferred his focus from performance to writing. He moved to Los Angeles in 1953 after playing bass trumpet for a while in the Zoot Sims band and from that time until his death  wrote for movies (“The Shadow of Your Smile” for “The Sandpiper” in 1965 and “Emily” for “The Americanization of Emily” in 1964 are two of the best known.), and arrangements for artists, which included Frank Sinatra and Shirley Horn. He won five Grammy awards, and was nominated 17 times. He was inducted into the Songwriters Hall of Fame in 2010 and in 2011 won the NEA Jazz Masters Award. 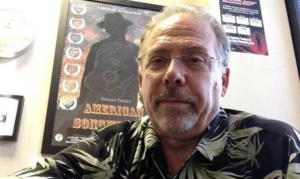 Michael Altman (1955-present), the son of director Robert Altman and second wife actress Lotus Corelli, originally requested that he be given a guitar for writing the lyrics; this was rejected and he was instead given a standard contract, which enabled him to afford a career in art, which has included producing two films (“American Songwriter” about Danny Darst in 2012 and “Snuffed Animals” in 2007, which he also wrote, composed and edited). Altman also operated the Darbeevision video processor for the film “The Company” (2003) and appeared in voice over in the film “Altman”, a biography of his father.

Stories of Standards—Meet the Flintstones

Stories of Standards—Don't Get Around Much Anymore