Stories of Standards—What’s Going On

Tune in weekday mornings to hear our favorite versions of “What’s Going On?”. Rodney Franks presents Stories of Standards Monday through Friday at 7:50 and 8:50 am. 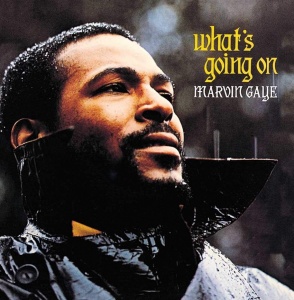 First recorded by Marvin Gaye in June of 1970, “What’s Going On” was based on an incident witnessed by Renaldo “Obie” Benson, a Four Tops singer who saw peaceful demonstrators being attacked by police in Berkeley, CA, leading him to ask “What’s going on here?”. He discussed this with a friend, songwriter Al Cleveland, who wrote a song addressing those concerns, which Benson then presented to his fellow Four Tops singers, whereupon it was rejected as “a protest song,” too political for them. Benson then presented the as-yet-unnamed song to Marvin Gaye, who added a new melody and lyrics, influenced by discussions with his brother Frankie, who had returned from three years’ service in Vietnam, and a namesake cousin who had died there and inspired by the 1965 Watts riots. Gaye produced the recording with some Motown musicians and others whom he had brought in. The opening soprano saxophone line was the result of Eli Fontain’s warming up; Gaye asked the sound engineer to provide two vocal leads for comparison, however, these were blended, which Gaye like so much he adopted it and added the practice of vocal multi-layering. Rolling Stone ranked the song number 4 of the top 500 Greatest Songs of All Time.

Al Cleveland (Mar 11, 1930 – Aug 14, 1996) started on the Scepter/Wand labels for artists including Dionne Warwick and Gene Pitney before going to Motown, where he wrote songs for Smokey & the Miracles, the Marvelettes and the Four Tops, then had big hits with Marvin Gaye on “What’s Going On” and “Save the Children”.

Renaldo “Obie” Benson ((Jun 14, 1936 – Jul 1, 2005) with friends in high school formed a group called the “Four Aims”, later renamed the “Four Tops” to avoid confusion with the Ames Brothers. Benson was the bass singer and choreographer for the group, with whom he performed for over fifty years. With other members of the Four Tops, Benson was admitted to the Rock and Roll Hall of Fame in 1990. 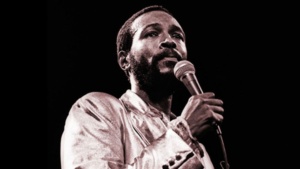 Marvin Gaye (Apr 2, 1939 – Apr 1, 1984) was a singer, songwriter, and producer who greatly influenced the formation of Motown, first as an in-house session player and later as a solo musician. His early life was made bearable by his mother’s support and her encouragement of his music, despite his father’s frequent beatings. He joined the Air Force, but was given only menial tasks, with no opportunity to become a pilot; this led to his feigning mental illness and receiving a general discharge. With friend Reese Palmer he formed a quartet, The Four Marquees, which began working with Bo Diddley, who tried to get the group added to the Chess label. Gaye started writing music about this time and spent much of 1961 as a session drummer for groups including the Miracles and the Marvelettes. In 1964 he began recording with Mary Wells, producing several top-twenty songs. His 1964 solo hit “How Sweet It Is (To Be Loved By You), was written for him by the team Holland-Dozier-Holland. In 1967 he started recording duets with Tammi Terrell, including the hit “Ain’t No Mountain High Enough”, a partnership tragically cut short by her collapse in October of that year. Diagnosed with brain cancer, she underwent several operations and died in March 1970. Berry Gordy refused to allow “What’s Going On” to be released on the Motown label until Gaye staged a strike, refusing to record anything until the album was released. The album went to number one on the charts within a month, stayed there for five weeks, and sold over two million copies. However, Gordy continued to fear adverse responses to Gaye’s social comments. In 1975 Gaye performed at a UNESCO benefit concert supporting UNESCO’s African literacy drive. Having separated from Motown, he recorded “Sexual Healing” in Ostend, during an extended European stay. This resulted in his first two Grammy Awards as well as an American Music Award in the R&B category. His single “Midnight Love” became Gaye’s eighth Number One album on the Top Black Albums chart and eventually sold over six million copies worldwide. His final concert tour, the Sexual Healing Tour, went from April 18, 1983, to August 14, 1983, and was associated with cocaine-induced paranoia and illness. He then went to live in his parents’ house, where on April 1, he intervened in a fight between his parents, which resulted in his death.