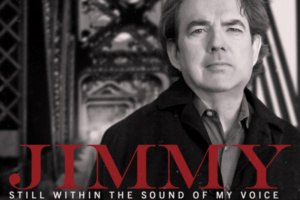 “Wichita Lineman” (1968) by Jimmy Webb was first recorded by Glen Campbell with backing from The Wrecking Crew, a loose collective of session musicians based in Los Angeles, who also went by the names “The Clique” and “The First Call Gang”. This recording reached number 3 on the pop chart and remained in the top 100 for 15 weeks. It also topped the American country music chart for two weeks and the adult contemporary charts for six weeks. The RIAA ( Recording Industry Association of America) certified it gold in January 1969. “Rolling Stone” ranked this as number 195 on the “500 Greatest Songs of All Time”. Webb said that Campbell had requested a “geographical” song to follow the previous hit “By the Time I Get to Phoenix”. Webb found his inspiration while driving through Washita County in southwestern Oklahoma, at a time when many telephone companies were county-owned utilities, and linemen were county employees. Webb was driving towards a setting sun when he saw in the distance a lineman atop a pole. In 2006 he was quoted in the “Dallas Observer” saying: “I just tried to take an ordinary guy and open him up and say, ‘Look there’s this great soul, and there’s this great aching, and this great loneliness inside this person and we’re all like that. We all have this capacity for these huge feelings’”. Webb delivered his first draft of the song and was surprised that Campbell had already recorded it.

Jimmy Webb (Aug 15, 1946 – present) was born in Oklahoma and moved to California with his family in 1964, where he stayed when his father returned to Oklahoma in 1965 after his mother’s death. He had been playing piano in the family church since the age of 12. Webb signed a contract with Jobete Music, Motown’s publishing branch, where his first published song was “My Christmas Tree” for The Supremes. For singer/producer Johnny Rivers Webb wrote “Up, Up and Away” and four other songs on the 5th Dimension’s debut album. In 1967 Glen Campbell released a recording of Webb’s “By the Time I Get to Phoenix”.