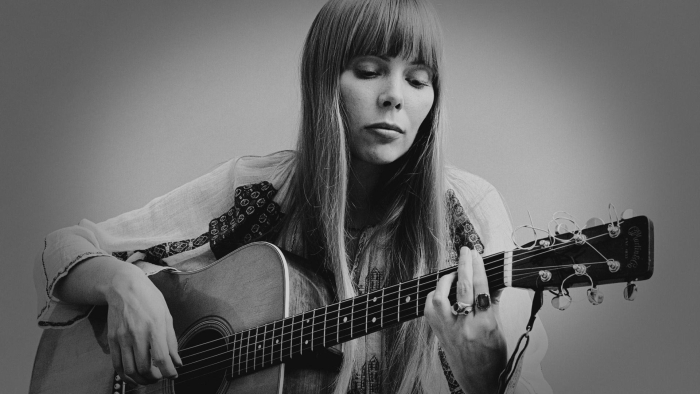 “Woodstock”, by Joni Mitchell, was first released on her 1970 album “Ladies of the Canyon”. While she hadn’t been able to attend the event herself, she based the song on accounts by then-boyfriend Graham Nash and televised reports. Nash later said that she captured the feeling and importance of Woodstock better than anyone who had actually been there.

Joni Mitchell (7 Nov 1943-present) contracted polio when nine years old, at which time she was hospitalized for several weeks and first considered diverting her interests from art to singing. She also started smoking. She regained the use of her legs and initially had only minor weakness in her left hand as a post-polio symptom. As a teenager she became interested in folk music and learned to play the ukulele. After graduating from high school, she went to the Alberta School of Art to study painting, but quit after a year to become a professional folksinger and song writer. She gave birth to a daughter in February 1965 and married American folk singer Chuck Mitchell in June of that year, a marriage which lasted a year and a half. In 1967, having moved to New York City, she became well known as a singer and songwriter, with a variety of popular singers (Tom Rush, Buffy Saint-Marie, and Dave Van Ronk) recording her songs. While performing in Cocoanut Grove, Florida, Joni met David Crosby and joined him in California in late 1967.

Joni Mitchell became an icon of the California hippy scene, and girls around the country took to ironing their hair in imitation of her long straight hair. Far fewer took up writing or painting. She produced 18 albums and painted the cover art on all of them. She achieved an extraordinary degree of control over her musical distribution at a time when very few musicians and even fewer women musicians managed to do so. Jazz bassist and composer Charlie Mingus contacted Mitchell in 1977, beginning the collaboration which culminated in her 1979 album “Mingus”. In 1995 she was the recipient of Billboard’s Century Award for “distinguished creative achievement” and in 1997 was inducted into both the Songwriters Hall of Fame and the Rock and Roll Hall of Fame.