Stories of Standards—You and the Night and the Music 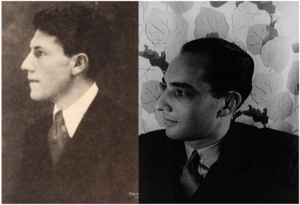 “You and the Night and the Music” was written for the 1934 musical “Revenge with Music”, based on the Spanish folk tale “El Sombrero des Tres Picos” (“The Three-Cornered Hat”), with music by Arthur Schwartz and book and lyrics by Howard Dietz. The storyline is of a provincial governor (played by Charles Winninger), who attempts to seduce a miller’s wife (played by Libby Holman). The miller (played by Georges Metaxa) then seduces the governor’s wife (played by Ilka Chase). Two songs from this play became hits, “You and the Night and the Music” and “If There is Someone Lovelier Than You”.

Arthur Schwartz (Nov 25, 1900 – Sep 3, 1984) taught himself piano and harmonica as a child. His father, an attorney, required that he attend law school, which he did, passing the bar in 1924. He had, however, been publishing songs while in school and was encouraged to compose by his friends George Gershwin and Larry Hart. After practicing law for four years, Schwartz’s first collaboration with Howard Dietz was on 1928’s “The Little Show”. In 1930 they wrote “Something to Remember You By” for “Three’s a Crowd” and in 1931 had the hit “Dancing in the Dark” in “The Bandwagon”. While “Revenge with Music” did not do well on Broadway, there were two hit songs. Schwartz then turned to Hollywood, where he wrote for movies and was nominated twice for Oscars. He then started producing films before returning to Broadway in 1948. In 1953 he and Howard Dietz made a film adaptation of “The Bandwagon”, which was nominated for best score and included the song “That’s Entertainment!”.

Howard Dietz (Sep 8, 1896 – July 30, 1983) attended Columbia College, then Columbia University. He served as publicist and director of advertising, first for Goldwyn Pictures, then for MGM, where he created Leo the Lion and chose the slogan “Ars Gratia Artis” (“Art for art’s sake”). Dietz served in the US Navy in WWI and was editor of their magazine “Navy Life”. During WWII he helped publicize and promote War Bonds and created stage shows for the Coast Guard with composer/lyricist Vernon Duke. Dietz was director of ASCAP from 1959 to 1961 and wrote his autobiography “Dancing in the Dark” in 1974. He had collected every document relating to his career and to the publicity campaigns of every film he publicized for MGM. The entire collection, donated after his death to the New York Public Library for the Performing Arts, forms its single largest archive on any person or subject. With Kurt Weill, he wrote “Schickelgruber”.

Both Schwartz and Dietz were inducted into the Songwriters Hall of Fame in 1972. They had also written, “That’s Entertainment” (1952) and “Dancing in the Dark” (1974).