The Blues 100: Ed Komara’s suggestions for every fan

The Blues are all about the stories, and there are many stories out there about the women and men who create this music.  Edward Komara, former Blues archivist of the University of Mississippi, and his successor Greg Johnson pulled together perhaps the definitive bibliography of books about the blues in their new release,  100 Books Every Blues Fan Should Own (Rowman & Littlefield, 2014).  We reached Ed Komara at his current post as the Crane Librarian of Music at the State University of New York at Potsdam. 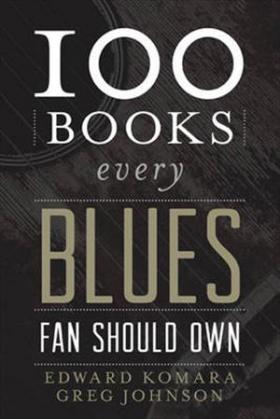 Where does one start?  Nothing but the Blues: The Music and the Musicians, edited by Lawrence Cohn, and The Story of the Blues by British scholar Paul Oliver are numbers 1 and 2 on Komara’s list.  Beyond the folklore and anthropological studies of the music, there is a new wave of scholarship on the Blues from African-American writers including Imamu Amiri Baraka, Angela Davis and Julio Finn, and Houston Baker.
“You’ve had these two factions, at times they did accuse each other of being incomplete about the blues,” Komara said. “But over the last 30 years, a very durable corps of African-American scholarship (on the blues) has emerged.”
Music on this feature is by The Red Holloway / Clark Terry Sextet CD Locksmith Blues and The Gene Harris Quartet, “Blues for Ste. Chapelle (Winery),” from the CD A Little Piece of Heaven.
To see more, visit KUVO .