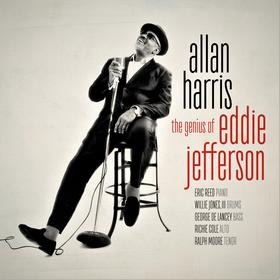 April is Jazz Appreciation Month, a celebration of jazz past and present, as designated by the prestigious National Museum of American History in 2001. This year marks the centenary of the birth of one of the pioneers of vocalese, the incredible Eddie Jefferson. Born on August 3, 1918 in Pittsburgh, Eddie was shot dead after a performance at the historic Baker’s Lounge in Detroit on May 9, 1979 by a disgruntled former dancer for Jefferson who felt he was discharged by him without adequate cause. Sadly, the shooter was acquitted in his criminal trial several months later, Eddie Jefferson was only 60 years of age.  Eddie began as a dancer and singer while barely into his teens leading him to perform at the Chicago World’s Fair of 1933 as part of a troupe known as the Zephyrs. After tiring of scatting due to its limitations, in the early 1950s Eddie began writing lyrics to great jazz solos played by the leading jazz musicians which led to his popularity and major influence on artists that included King Pleasure and Lambert-Hendricks and Ross among others.

Allan Harris is a veteran singer and guitarist, his rich dulcet voice has enabled him to garner a strong following around the world and his versatility has led him to record swingin’ jazz, blues, R&B and other styles including country-tinged Black cowboy music that was converted to the successful stage production of Cross that River. For his latest session, The Genius of Eddie Jefferson, Allan chose one of his jazz vocal heroes to pay homage to in conjunction with Eddie Jefferson’s centennial year, brilliant!. The selection of songs was an arduous task as Jefferson had numerous amazing tracks to choose from, after deciding on which tunes to record, Allan gave them all a fresh sound,  instead of imitating, he renovated Eddie’s music without losing the essence of them, one of the stand out tracks of the album is the often recorded Duke Pearson-Oscar Brown Jr ditty, Jeanine, instead of the usual up beat tempo, Allan slowed it down to make you instantly pay attention to it despite how well you may know this gem of a song. In addition to the reinvigoration of the music, Mr. Harris chose an excellent cast of accompanists: Eric Reed-piano, George Delancey-bass, Willie Jones III-drums and Ralph Moore on tenor, but the best decision in my humble opinion was to recruit the  gifted saxophonist, “Alto Madness” Richie Cole who recorded with Eddie Jefferson on over 5 albums and was Eddie’s touring band music director, in fact he left the Baker’s Club with Eddie walking to their car when Jefferson was shot and killed. Cole’s insight to the music and the man became a guiding light for all the other musicians involved. KUVO Jazz is proud to have been the station to have the world radio premiere of The Genius of Eddie Jefferson thanks to our close friendship with Pat and Allan Harris of Love Productions and to our new friend, Jeff Moskow of the release’s label, Resilience Music Alliance. 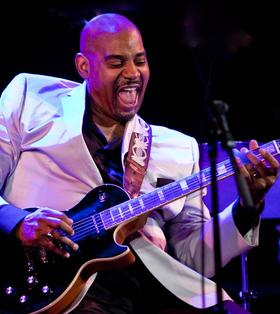